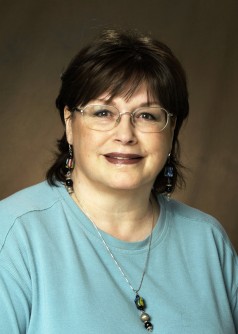 Almost 30 percent of people are targeted by a workplace bully at some time during their work histories, according to Dr. Pamela Lutgen-Sandvik, associate professor of communication at North Dakota State University, Fargo. In her book, “Adult Bullying – A Nasty Piece of Work: Translating a Decade of Research on Non-Sexual Harassment, Psychological Terror, Mobbing and Emotional Abuse on the Job,” Lutgen-Sandvik discusses what workplace bullying is; how much of it occurs; what individuals can do; and how organizations can address the issue. 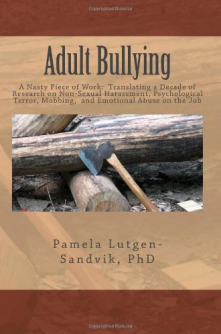 From the workplace to the boardroom, research shows that adult bullying takes many forms and can contribute to reduced productivity and loss of talent. Dr. Pamela Lutgen-Sandvik’s book “Adult Bullying – A Nasty Piece of Work” outlines ways to reverse the effects of adult bullying. All proceeds from the book sales support scientific research that seeks to reduce workplace bullying, improve workplace communication, and build more respectful workplace climates.

Newswise — Bullying doesn’t stop on the playground. From the workplace to the boardroom, research shows that adult bullying takes many forms. October is National Bullying Prevention Awareness Month, with efforts focusing on ways to stop bullying in schools and online and October 21 is known as Unity Day to unite against bullying. Patterns of bullying, unfortunately, can continue from school to the workplace. Dr. Pamela Lutgen-Sandvik, North Dakota State University, Fargo, has researched the topic for more than a decade.

Almost 30 percent of people are targeted at some time during their work histories, according to Lutgen-Sandvik, associate professor of communication at NDSU. In her book, “Adult Bullying – A Nasty Piece of Work: Translating a Decade of Research on Non-Sexual Harassment, Psychological Terror, Mobbing and Emotional Abuse on the Job,” she points out that it’s not always just one aggressive person, but can come from a climate of hostility and aggression where bullying is the norm.

When adding people who witness workplace bullying, to those who directly experience abuse, Lutgen-Sandvik’s research consistently estimates that nearly half of U.S. workers are affected, making it a problem of epidemic proportion.

The book outlines ways to reverse the effects of adult bullying. Part of the issue, says Lutgen-Sandvik, is developing a common language. “We have terms like sexual harassment; it’s not that. It’s not discrimination based on protected classes. It is called workplace bullying or mobbing.”

It is defined as frequent ongoing aggressive communication and behavior that harms targets and organizations, and which targets cannot easily defend against, prevent, or end. Communication networks are typically blocked or stifled in bullying environments.

Lutgen-Sandvik’s research has shown that many bullies are what psychologists call high-aggressives, with some common traits. “It’s a thin façade of ‘I’m so great; I’m the center of the whole world,’ but it’s easily punctured and because it’s so easily punctured, they are filled with fear. And the fear is that someone is going to see them as incompetent.”

After studying the subject for over a decade, Lutgen-Sandvik’s research has shown that high-aggressives constantly scan the environment for what they perceive as threats and act on them repeatedly. “When a target confronts a high aggressive, the aggressive person just ramps up the aggression. The workplace bully thinks ‘this person has now become a real threat and I’m going to put down this threat,’” says Lutgen-Sandvik.

“These traits, coupled with little or no sense of empathy—really an inability to have a sense of what it might feel like—means they really don’t get it,” says Lutgen-Sandvik of workplace bullies.

The fallout, however, from such an environment can be significant for affected employees—with research showing potential for PTSD and other health issues—as well as issues for the organization, such as reduced productivity and loss of talent.

“Often times, organizational members might know there’s a problem but they’re very hesitant to act,” says Lutgen-Sandvik. “When I have seen changes happening in organizations, it’s usually because a new upper manager may come into the system. They say, ‘we’ve got to do something about this,’” explains Lutgen-Sandvik. “A company is faced with a double-edge sword because they have to admit there is a problem and admitting it may put them in a position of some kind of legal liability.”

How to intervene in workplace bullying situations may not be a typical part of business school or leadership training. “The quick fix is firing the target,” says Lutgen-Sandvik. “If you have a serial bully, someone who bullies a person and drives them out, and then bullies another person and drives them out, everyone’s hoping that when the target is driven out that it’s going to be over with. And usually there’s a short lull in aggression. But pretty soon, another person becomes the identified target for the bully, and then that person is driven out. An audience of coworkers lives in fear of being the next target.”

Based on over a decade of research, Lutgen-Sandvik offers tools for those who find themselves in workplace bullying situations.

-Name it. It’s workplace bullying. “Having a name for it sounds small. It’s huge. You can’t believe the relief that people when they realize that bullying is what’s happening,” says Lutgen-Sandvik.

-Seek social support. If you need a good counselor, find one. Take advantage of employee assistance programs if available. Talk to others such as friends and co-workers who are supportive.

-Take some time off work if that is possible to gain some perspective. List the pros and cons of the job and determine whether searching for another position would be possible.

-If the bullying targets only a certain group, and involves issues such as gender, racial or other types of discrimination, evaluate options for reporting and legal avenues available.

“If the person is interested in legal action, they need to scrupulously document what is happening,” says Lutgen-Sandvik. “Fighting back is possible. It’s a long commitment and people need to understand what they are getting into when they make the choice to fight back against something that’s a systemic issue.”

She notes that workplace bullying is often long term and can go on for years. As a researcher, Lutgen-Sandvik has talked with hundreds of targets over the past 12 years and when asked what advice they’d give to others being targeted by workplace bullies, “over 90 percent say, ‘I would have left so much sooner. I would not have fought it for so long.’”

When those targeted by bullies leave, Lutgen-Sandvik says targets often mischaracterize their leaving as failure. “I frame targets’ leaving as a victory, not a failure or a loss, because who lost was the organization that lost all your skills, all your experience and knowledge.”

Her book explains what workplace bullying is; how much of it occurs; what individuals can do; and how organizations can address it. High-profile incidents such as those reported between football players Jonathan Martin and Richie Incognito show the complexity of the issue and the varied ways that organizations respond.

Lutgen-Sandvik says more research is needed on how organizations have ended bullying, why upper-managers and decision-makers fail to take action or take action that worsens abuse, and what organizational pressures or interpersonal beliefs drive bullies’ behavior.

About NDSUNDSU, Fargo, North Dakota, USA, is notably listed among the top 108 U.S. public and private universities in the Carnegie Commission on Higher Education’s category of “Research Universities/Very High Research Activity.” NDSU is listed in the Top 100 research universities in the U.S. for R&D in agricultural sciences, chemistry, computer sciences, physical sciences, psychology, and social sciences, based on research expenditures reported to the National Science Foundation. As a student-focused, land-grant, research university, we serve our citizens. www.ndsu.edu/research