People who grew up in single-parent families have lower levels of wellbeing and life satisfaction in adulthood, according to new research by the University of Warwick. 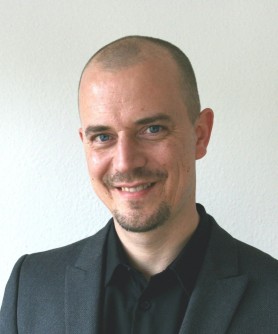 Newswise — People who grew up in single-parent families have lower levels of wellbeing and life satisfaction in adulthood, according to new research by the University of Warwick.

Dr Sakari Lemola from Warwick’s Department of Psychology, and Dr David Richter from the German Institute for Economic Research, have discovered that individuals who were brought up by a single parent for their entire childhood earn on average 30% less and are more likely to be unemployed.

Furthermore, on average they were 9% less likely to be in a romantic relationship and had a smaller number of friends, according to the research.

The sample group was asked how satisfied they are with life in general, using an 11-point scale - ranging from zero (completely dissatisfied) to ten (completely satisfied). They were also asked who they lived with for the first fifteen years of their life.

The researchers analysed the participants’ annual income, number of visits to the doctor, level of social integration, and success in romantic relationships.

After accounting for childhood socio-economic circumstances, the differences in life-satisfaction were relatively small. Those who grew up with a single parent for their entire childhood were approximately 0.2 points lower on the scale ranging from 0 to 10 than those who were brought up by both parents - and 0.1 points lower than those who experienced parental separation during childhood.

“These findings suggest that both parents still provide important resources even when children have already grown up and left their parent’s home. During young adulthood these resources may include financial support as well as access to social networks, which is important to find a good job,” commented Dr Sakari Lemola.

“Children who had grown up with a single parent for their entire childhood are less likely to know their second parent well and to receive such support during adult life,” he continued.

“Thus, support from the state for those individuals who grew up in single-parent families should also target the life-stages after childhood and facilitate integration into adult life during important transitions such as from school to university or from education into the job market.”

Single parenthood is increasingly common in Western societies, with 20% of children in Germany and 24% in the UK currently being raised in single-parent households - more than 80% of those in households headed by single mothers.

Family and Parenting Psychology and Psychiatry PLOS All Journal News