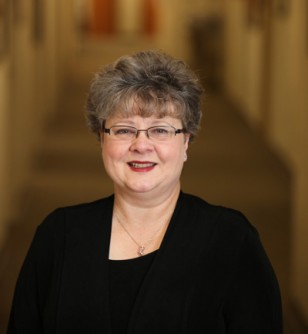 The reduction in episodes also led to a 37 percent reduction in lymphedema-related health care costs for study participants, Ridner said.

“This could be a game-changer in the area of lymphedema care,” said Ridner. “Up to 10 million people in the United States are living and oftentimes suffering with symptoms of lymphedema. The idea that a home advanced pneumatic compression device can provide relief, decrease the number of cellulitis episodes and save money is an important new option for patients.”

Lymphedema is an accumulation of fluid in tissues commonly caused by abnormalities in the lymphatic system or removal or damage to a person’s lymph nodes. Symptoms include swelling, recurrent cellulitis, loss of physical function, psychological stress and diminished qualify of life. Lymphedema cannot be cured and is typically managed through combined therapies of manual lymph drainage, multilayer bandaging, decongestive exercise, skin care and long-term self-management.

This study analyzed 718 lymphedema patients who received care at sites across the United States over a five-year period (2007-2013), and evaluated event rates and costs for a 12-month period prior to and a 12-month period after treatment. After receiving a device, patients experienced a reduction in outpatient hospital and physical therapy visits which significantly lowered their health care costs.

“Patients with lymphedema turn to dermatologists, primary care and vascular physicians for treatment, and now these providers have a therapy to improve skin, limb and systemic health for these individuals,” said Jerry Mattys, CEO of Tactile Medical.This study represents the largest investigation ever performed to define the impact of a single lymphedema treatment device in a national population. Using de-identified data from a large U.S. health insurer of over 34 million individuals, the authors measured the impact of an advanced pneumatic compression device (the Flexitouch® System, Tactile Medical™, Minneapolis, MN) or “APCD” on health outcomes and healthcare costs. This device sequentially inflates over areas of the body affected by lymphedema to facilitate the movement of excess fluid from the limb back to the cardiovascular system.