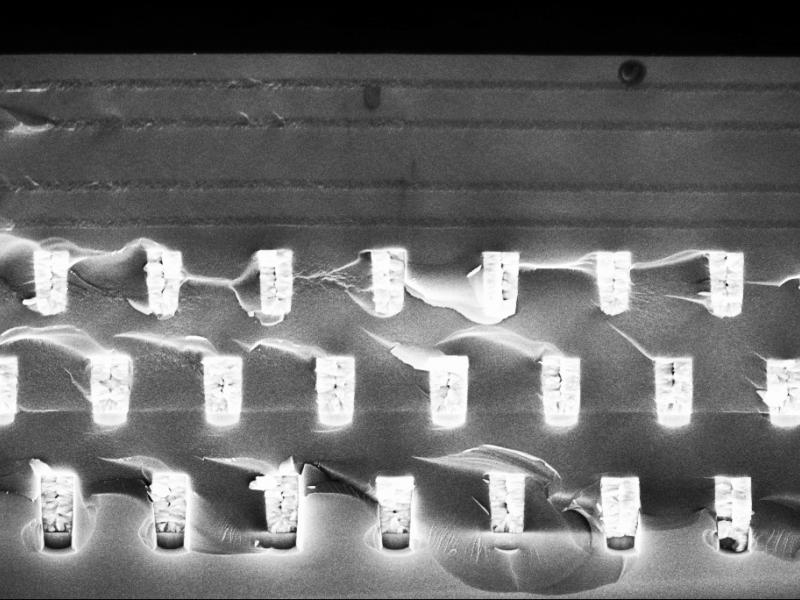 A new material which emits light when heated appears to exceed the limits set by that natural law.

Newswise — TROY, N.Y. — Could there be a new kind of light in the universe? Since the late 19th century, scientists have understood that, when heated, all materials emit light in a predictable spectrum of wavelengths. Research published this week in Nature Scientific Reports presents a material that emits light when heated that appears to exceed the limits set by that natural law.

In 1900, Max Planck first mathematically described a pattern of radiation and ushered in the quantum era with the assumption that energy can only exist in discrete values. Just as a fireplace poker glows red hot, increasing heat causes all materials to emit more intense radiation, with the peak of the emitted spectrum shifting to longer wavelengths as heat rises. In keeping with Planck’s Law, nothing can emit more radiation than a hypothetical object that absorbs energy perfectly, a so-called “blackbody.”

The new material discovered by Shawn Yu Lin, lead author and a professor of physics at Rensselaer Polytechnic Institute, defies the limits of Planck’s law, emitting a coherent light similar to that produced by lasers or LEDs, but without the costly structure needed to produce the stimulated emission of those technologies. In addition to the spectroscopy study just published in Nature Scientific Reports, Lin previously published an imaging study in IEEE Photonics Journal. Both show a spike in radiation at about 1.7 microns, which is the near-infrared portion of the electromagnetic spectrum.

“These two papers offer the most convincing evidence of ‘super-Planckian’ radiation in the far-field,” said Lin. “This doesn’t violate Planck’s law. It’s a new way to generate thermal emission, a new underlying principle. This material, and the method that it represents, opens a new path to realize super-intense, tunable LED-like infrared emitters for thermophotovoltaics and efficient energy applications.”

For his research, Lin built a three-dimensional tungsten photonic crystal — a material that can control the properties of a photon — with six offset layers, in a configuration similar to a diamond crystal, and topped with an optical cavity that further refines the light. The photonic crystal shrinks the spectrum of light that is emitted from the material to a span of about 1 micrometer. The cavity continues to squeeze the energy into a span of roughly 0.07 micrometers.

Lin has been working to establish this advance for 17 years, since he created the first all-metallic photonic crystal in 2002, and the two papers represent the most rigorous tests he has conducted.

“Experimentally, this is very solid, and as an experimentalist, I stand by my data. From a theoretical perspective, no one yet has a theory to fully explain my discovery,” Lin said.

In both the imaging and spectroscopy study, Lin prepared his sample and a blackbody control — a coating of vertically aligned nanotubes on top of the material — side by side on a single piece of silicon substrate, eliminating the possibility of changes between testing the sample and control that could compromise the results. In an experimental vacuum chamber, the sample and control were heated to 600 degrees Kelvin, about 620 degrees Fahrenheit.

In Nature Scientific Reports, Lin presents spectral analysis taken in five positions as the aperture of an infrared spectrometer moves from a view filled with the blackbody to one of the material.  Peak emission, with an intensity of 8 times greater than the blackbody reference, occurs at 1.7 micrometers.

The IEEE Photonics Journal paper presented images taken with a near-infrared conventional charge-coupled device, a camera that can capture the expected radiation emission of the material.

Recent unrelated research has shown a similar effect at a distance of less than 2 thermal wavelengths from the sample, but Lin’s is the first material to display super-Planckian radiation when measured from 30 centimeters distance (about 200,000 wavelengths), a result showing the light has completely escaped from the surface of the material.

Although theory does not fully explain the effect, Lin hypothesizes that the offsets between the layers of photonic crystal allow light to emerge from within the many spaces inside the crystal. The emitted light bounces back and forth within the confines of the crystal structure, which alters the property of the light as it travels to the surface to meet the optical cavity.

“We believe the light is coming from within the crystal, but there are so many planes within the structure, so many surfaces acting as oscillators, so much excitation, that it behaves almost like an artificial laser material,” Lin said. “It’s just not a conventional surface.”

The new material could be used in applications like energy harvesting, military infrared-based object tracking and identification, producing high efficiency optical sources in the infrared driven by waste heat or local heaters, research requiring environmental and atmospheric and chemical spectroscopy in the infrared, and in optical physics as a laser-like thermal emitter.

“This exciting and unexpected discovery emphasizes the importance of conducting paradigm-shifting fundamental research that can move the boundaries of knowledge in physics and material science" said Curt Breneman, Dean of the Rensselaer School of Science. “We are very proud of Professor Lin and his team for leading the way towards the development of new and transformative technologies."

“An In-situ and Direct Confirmation of Super-Planckian Thermal Radiation Emitted From a Metallic Photonic-Crystal at Optical Wavelength” was supported by NSF under award ECCS-1840673-NOA (device characterization and modeling) and DOE Office of Science under award DE-FG02-06ER46347 (device fabrication). At Rensselaer, Lin was joined by Mei-Li Hsieh, B. Frey, James A. Bur, Xuanjie Wang, and Shankar Narayanan, as well as Sajeev John of the University of Toronto, and Ting-Shan Luk of Sandia National Laboratory.