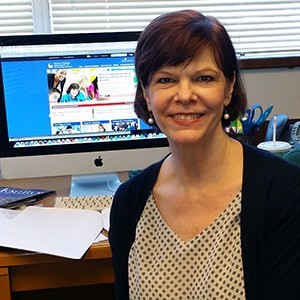 Ann Cale Kruger, lead author of the study and associate professor in the College of Education & Human Development at Georgia State University

“We’ve reported similar themes in previous work, but these participants who met in a transitional housing afterschool program reported more distress and victimization than students in our prior research,” said Ann Cale Kruger, lead author of the study and associate professor in the College of Education & Human Development at Georgia State. “When repeated, these experiences could normalize aggression and objectification and challenge the formation of a coherent, positive identity. These threats to their wellbeing place them at risk for unhealthy consequences, including commercial sexual exploitation.”

The study’s findings are crucial for creating preventive interventions specific to the needs of youth at risk for the commercial sexual exploitation of children (CSEC), a lucrative crime for adults who force children into prostitution, pornography, stripping or trafficking for sexual purposes. CSEC is a problem in the Atlanta area, and the typical victim is a 12-to-13-year-old African-American girl who lives in a low-income neighborhood.

This study involved 11 African-American girls in the fifth, sixth and seventh grades participating in an afterschool intervention group in a transitional housing facility for women and children. The afterschool program was in a neighborhood with severe economic disadvantage and elevated arrest rates for crimes associated with CSEC.

The researchers designed a curriculum because there are few evidence-based programs for African-American girls and none specific to CSEC prevention. Because of the serious nature of the information shared by the girls, the researchers found it ethically necessary to modify the program and extend the timeframe from eight to 15 weeks.

The girls described witnessing marital aggression, experiencing physical and sexual abuse at the hands of adult family members and facing peer aggression, such as bullying, teasing and physical encounters. They reported feeling unsafe inside and outside their home, as well as participating in risk-taking behaviors that elevate the probability of harm. They frequently described early sexual experiences (occurring prior to age 14), being pressured for sex by older boys and watching pornography with boys.

The girls also described African-American females in a stereotyped manner, focusing on the shape and size of body parts when asked about beauty in women of color. Several were preoccupied with complexion, favoring a Eurocentric concept of beauty.

“We’re trying to do things to strengthen them so that they’re less likely to be victimized,” said Joel Meyers, a co-author of the study and director of the Center for Research on School Safety, School Climate and Classroom Management at Georgia State. “That preventive approach is very rare. Usually, if there’s something being done about commercial sexual exploitation, it’s after the fact.”

In another recent study in the journal School Psychology Forum, the researchers interviewed school-based mental health practitioners about the low-income, urban African-American girls they serve. They reported the girls’ main problems were exposure to violence, limited trusting relationships, depression and low self-esteem. They indicated a need for more collaboration and training to meet these girls’ needs.

In the journal Health Promotion Practice, the researchers discuss how they implemented a school-based program to prevent commercial sexual exploitation of children. Key factors included establishing partnerships with community resources, including school insiders, and establishing trust, especially with students placed at risk.