African Americans Had No Friend in Lincoln 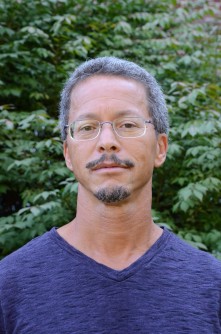 Newswise — Scott Hancock, an associate professor of history and Africana studies at Gettysburg College, says that the accepted notion that President Abraham Lincoln was the greatest friend of African Americans is false.

He also notes that while Lincoln’s Emancipation Proclamation is a significant act in African American history, it was not the ultimate gift of freedom, nor was its primary purpose to free slaves.

Hancock's thoughts come days before the 150th anniversary of the issuance of the Preliminary Emancipation Proclamation, which happened on September 22, 1862.

Hancock says, “Most historians now acknowledge that slavery caused the Civil War and that protecting slavery was the South’s top priority. Likewise, there is consensus that saving the Union was the North’s primary goal. The Union did eventually make emancipation a vital secondary objective, but never wavered from its purpose of national preservation.

“The Emancipation Proclamation fit within that purpose. Though typically perceived as the most important legal act for African Americans, it was for white Americans because it helped secure national preservation.

“While Lincoln’s Proclamations [both the Preliminary Proclamation and the final 1863 Proclamation] were ingenious, even artistic, legal articulations that revolutionized the nation, neither document actually emancipated anybody.

“Lincoln has been called the most significant friend African Americans have ever had. Perhaps he was the best ally. An ally may not like, respect, or care about you, but they can work effectively toward the same ends though motives may differ. Lincoln and his Proclamation are arguably the most significant allies Black people have had during our long experience on this continent. But Lincoln was no friend. And his Proclamation was no gift.

“Lincoln’s Proclamation pushed the nation to the hard work of making its founding ideals a reality. Today, we best continue that work by being better allies: allies who genuinely respect one another. One hundred and fifty years later, we accomplish that in part by getting our history right.”

Scott Hancock is an associate professor of history and Africana studies at Gettysburg College. His scholarly interests focus on the African American experience from the mid-seventeenth century to just before the Civil War. His work often involves considering African Americans’ engagement with the law in the north, and incorporates other disciplinary perspectives such as law & society and geography. He is particularly interested in how black interaction with the law, from small disputes in lower courts to escaping via the underground railroad, shaped constitutional law, legal ideologies, black identity and U.S. society. Some of his recent work has appeared in the anthologies Paths to Freedom, We Shall Independent Be, and Slavery, Resistance, Freedom.

Founded in 1832, Gettysburg College is a highly selective four-year residential college of liberal arts and sciences with a strong academic tradition that includes Rhodes Scholars, a Nobel laureate and other distinguished scholars among its alumni. The college enrolls 2,600 undergraduate students and is located on a 200-acre campus adjacent to the Gettysburg National Military Park in Pennsylvania.