Age Matters Behind the Wheel – but Not How You Might Expect 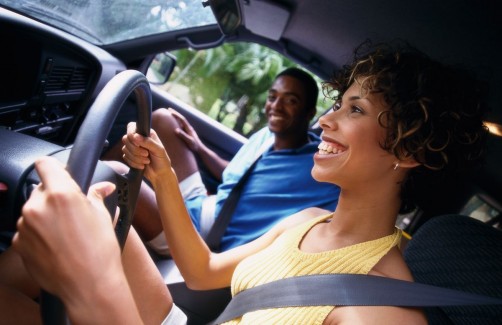 A UCLA study explored the relationship between new drivers’ skills and four factors. Instructors from a Los Angeles driving school rated students’ driving skills on a scale of 1 to 4, and the researchers analyzed the results based on these variables:

One hundred novice drivers — each with less than five hours of driving experience before their first driving lesson — participated in a two-hour lesson focused on car control and traffic maneuvers. Students drove on the streets of Los Angeles, ranked by the 2017 INRIX Global Traffic Scorecard as having the worst traffic in the world. The group was evenly split by gender, and the students’ average age was 18.

Following the lesson, the instructor ranked each student’s skills on a four-point scale, in which 1 means the student requires far more instruction and practice before taking the state driving test and 4 indicates the instructor believes the student is prepared to pass the test.

To obtain a driver’s license in the U.S., every person under age 18 must pay for a formal driver’s education class with a minimum of six hours of driving instruction on the road. In California, teens must also wait six months after earning a learner’s permit before taking the state’s department of motor vehicles driving test.

The authors propose that the DMV in California and other states consider ending mandatory driver’s education for only teens and expanding safety training to new drivers of all ages. If translated into policy, the findings could improve driver training, ultimately reducing traffic accidents and saving lives.

For their next study, the researchers intend to analyze whether drivers’ gender, age and socioeconomic status (which they would estimate based on the driver’s ZIP code) relate to whether candidates pass or fail their driving tests.

The study’s authors are Nancy Wayne, UCLA associate vice chancellor for research and a professor of physiology at the David Geffen School of Medicine at UCLA, and Gregory Miller, an instructor at Westwood Driving School, which is located near the UCLA campus.

The findings were published in the online edition of the journal PLOS One.