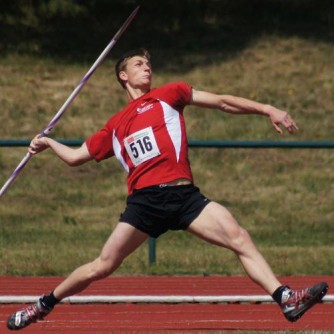 Javelin and discus throwers peak at a later age than other athletes due to slow twitch muscle fibres and technique.

Newswise — American athlete Tom Brady has done the seemingly impossible, winning his seventh Super Bowl at the age of 43 in spectacular fashion. He’s joined by stellar company: At 39, Serena Williams has won 23 grand slams, one of them while pregnant.

The reasons for age-defying athletic performances are dependent on numerous factors, including diet, but a new study by Iranian and University of South Australia researchers shows that when it comes to track and field events, the age when athletes peak often depends on the sport.

Discus and javelin throwers as well as marathon runners and race walkers are likely to achieve their best performances at a later age than sprinters, hurdlers and middle-distance runners. Why? It comes down to muscle fibres and technique.

UniSA Executive Dean of Allied Health and Human Performance, Professor Roger Eston, says that the number, type (fast twitch or slow twitch muscle fibre) and size of muscles required for different sports is one of the main biological reasons for these differences.

In a paper published in the European Journal of Sport Science, Prof Eston says that pace, endurance, power and strength are affected by age to a different extent.

“Legs experience maximum growth before the trunk, hands, neck and head, so sprinters and jumpers are more likely to peak at a younger age than throwers,” he says.

Previous studies have also reported that peak hand-grip strength occurs between the ages of 30-39 years in both sexes, favouring older discus and javelin throwers.

Belarus discus thrower Elena Zvereva holds the record for the oldest track and field world champion, winning her title in 2001 at the age of 40. She also went on to compete at the 2009 World Championship at the age of 49.

Similarly, US thrower Al Oerter is one of only two athletes to win the same individual event at four consecutive Olympic Games, from 1956 to 1968. Germany's Lars Riedel won five times at the IAAF World Championships, from 1991 to 1997, and then again in 2001 after finishing third in 1999.

The researchers studied best performances of world-class track and field athletes from 14 years and up, including the most recent Rio de Janeiro Olympic Games in 2016.

Their goal was to come up with a model for coaches to predict peak performance in different sports.

“This will help with setting goals, managing expectations, identifying talent at the right age and preventing injuries,” Prof Eston says.

The taller the athlete, the more likely they are to succeed in discus, javelin, high jump and long jump. Heavier male discus throwers also perform better than those who weigh less.

The earlier window for achieving personal bests in sprinters and middle-distance runners is limited by injury, compared to throwers, race walkers and distance runners where they peak at a later age.

Interestingly, women achieve their peak performance at a later age than men in most disciplines. This is attributed to a later start in professional training, taking time out to have children, and other genetic factors that favour endurance among women.

The statistics also show that most athletes who peak at an early age also have much shorter careers. For example, about 80 per cent of Olympic athletes who reached peak performance between 19-21 years had retired by the age of 22.

The researchers recommend that if athletes want to prolong their careers, they should look at long-distance and race-walking events, or specialising in more than one event to improve their all-round development.

“Prediction of elite athletes’ performance by analysis of peak-performance age and age-related performance progression” is published in the European Journal of Sport Science.