Patients who undergo lobectomy for the disease live longer 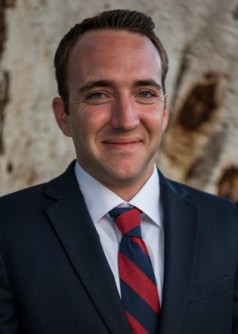 Lead author Alex Bryant, BS, of the School of Medicine at the University of California, San Diego

Newswise — CHICAGO — Patients with early stage lung cancer live longer when they receive a lobectomy—the most common type of operation for the disease—rather than a less extensive operation or radiation treatment, according to a study published online today in The Annals of Thoracic Surgery.

“Our data suggest that the more aggressively we treat early lung cancer, the better the outcome,” said lead author Alex Bryant, BS, of the School of Medicine at the University of California, San Diego. “This study is one of the best-powered and detailed analyses to date and suggests that lobectomy is still the preferred treatment of this disease for most patients.”

Using the Veterans Affairs Informatics and Computing Infrastructure (VINCI), Bryant, James D. Murphy, MD, and colleagues identified patients who were diagnosed with early stage non-small cell lung cancer (NSCLC) between 2006 and 2015, and who were treated with either surgery or radiation. In all, 4,069 patients were included: 73% (2,986) underwent lobectomy, 16% (634) received a sublobar resection, and 11% (449) received stereotactic body radiation therapy (SBRT). Lobectomy is the removal of an entire lobe of the lung; sublobar resection is a less extensive operation that includes wedge and segmental resections; SBRT delivers very high doses of radiation over a short period of time (typically 1-2 weeks), precisely targeting the tumor.

The researchers described VINCI as an “extremely rich source of health information” from which they were able to gather detailed data related to a large, nationwide group of veterans. The database includes patient-specific data related to preoperative pulmonary function, smoking history, and tumor staging. Factors such as these are often not available and have not been consistently addressed in previous studies, which sets this study apart, according to Bryant.

In their analyses, the researchers found that the 5-year incidence of cancer death was lowest in the lobectomy group at 23%, with the sublobar group at 32%, and SBRT patients at 45%. SBRT also was associated with a 45% increased risk of cancer death compared with lobectomy.

Surgery, though, was not without risks. The study showed that both surgical groups had higher immediate mortality compared to radiation due to operative risks. The 30-day mortality was 1.9% for lobectomy, 1.7% for sublobar resection, and 0.5% for SBRT. But as time went on and with longer follow-up, the surgery groups demonstrated superiority to SBRT, with long-term survival favoring surgery, especially lobectomy, over radiation. The 5-year overall survival rate for lobectomy patients was 70%, followed by the sublobar resection group at 56%, and SBRT at 44%.

“Our data suggest that the higher operative risks of surgery are more than offset by improved survival in the months and years after treatment, particularly for lobectomy,” said Bryant.

Increased Use of SBRT

The study also showed that the use of SBRT increased throughout the study period, accounting for 2% of all treatments in 2006 and 19% in 2015. Bryant explained that for patients who are too sick to tolerate a major operation like lobectomy, SBRT makes sense and has become an increasingly common option. Less extensive surgeries, such as sublobar resections, also remain a possibility, but there are ongoing concerns about a higher risk of tumor recurrences, he said. As a result, lobectomy remains the standard treatment for early lung cancer in patients who can tolerate a major surgical procedure.

“The public should be aware that lung cancer – even when caught at a very early stage – is a serious diagnosis and deserves aggressive treatment,” said Bryant.

Lung cancer is the leading cause of cancer death, with more people dying of lung cancer than of colon, breast, and prostate cancers combined. NSCLC is the most common type of lung cancer, accounting for 80% to 85% of all lung cancer diagnoses, according to the American Cancer Society (ACS). ACS estimates that more than 222,500 Americans will be diagnosed with lung cancer this year, and more than 155,000 lung cancer patients will die. About 14% of all new cancers are lung cancers.

Find comprehensive medical information presented for patients by leading experts in cardiothoracic surgery at the STS Patient Website (ctsurgerypatients.org). For a copy of The Annals article, contact Jennifer Bagley at 312-202-5865 or [email protected]

Founded in 1964, The Society of Thoracic Surgeons is a not-for-profit organization representing more than 7,400 cardiothoracic surgeons, researchers, and allied health care professionals worldwide who are dedicated to ensuring the best possible outcomes for surgeries of the heart, lung, and esophagus, as well as other surgical procedures within the chest. The Society’s mission is to enhance the ability of cardiothoracic surgeons to provide the highest quality patient care through education, research, and advocacy.

The Annals of Thoracic Surgery is the official journal of STS and the Southern Thoracic Surgical Association. It has an impact factor of 3.700.