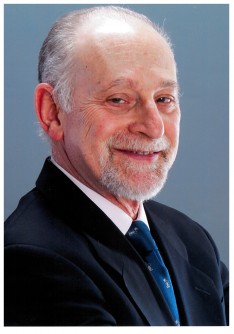 Newswise — SEATTLE, WA – Bruce Reider, MD, prominent sports medicine orthopaedic surgeon and University of Chicago team physician was inducted into the American Orthopaedic Society for Sports Medicine’s (AOSSM) Hall of Fame at its’ Annual Meeting in Seattle, WA on Friday, July 11th. AOSSM Hall of Famers are individuals in the sports medicine community who have contributed immensely and set themselves apart from others in the field.

Dr. Reider was born in Queens, New York and grew up in the New York metropolitan area. He graduated from Phillips Academy, Andover in 1967, where he ran track. He matriculated to Yale University, where he was active in multiple singing organizations and, in 1971, received an AB degree in English Literature magna cum laude and was elected to ΦΒΚ. After obtaining his medical degree at Harvard Medical School in 1975, he served an internship in general surgery at Columbia Presbyterian Hospital and a residency in orthopaedic surgery at the Hospital for Special Surgery (HSS). Dr. Reider completed fellowships under the direction of John Marshall, MD and Russell Warren, MD at HSS; William Clancy, Jr., MD at the University of Wisconsin; and Werner Mueller, MD at Kantonspital Bruderholz.

He arrived at the University of Chicago (UC) in 1981, where he continues to serve as head team physician for the athletic programs. At UC, he founded the sports medicine fellowship program and was Director of Sports Medicine for more than three decades. In 2013, in recognition of his long-time devoted care of the varsity athletes of the University of Chicago, he was awarded the Starkey Duncan Service Award. In addition to his duties at UC, he has served as team physician for several other colleges and high schools in the Chicago-land area and provided team coverage for wrestling and soccer at the national and professional levels. Dr. Reider attained the position of Professor of Surgery at the University of Chicago in 1997 and now holds the title Professor of Orthopaedic Surgery, Emeritus. He has made 86 national and international presentations; edited six text books; and written 22 book chapters, 41 peer-reviewed articles and, at last count, 132 editorials. The AOSSM has honored him with the Young Investigator, Cabaud and Rovere Awards and the 2013 Kennedy Lectureship.

Dr. Reider joined the AOSSM in 1984 and has since served on the research, education, traveling fellowship, nominating and program committees. He was AOSSM program chair from July 1999 to July 2000 and president of the Herodicus Society from 2004 to 2005. He was a member of the first AOSSM-ESSKA traveling fellowship contingent to Europe in 1986 and Godfather of the 2007 AOSSM-APOSSM delegation to Asia.

Since 2002, Dr. Reider has been editor-in-Chief of the American Journal of Sports Medicine and, since 2009, Executive Editor of the Medical Publishing Group for the AOSSM. In those capacities he serves on the AOSSM Medical Publishing Board of Trustees and the Board of Directors (ex officio). As Executive Editor, he has helped design and initiate two new journals: Sports Health, A Multidisciplinary Approach and the Orthopaedic Journal of Sports Medicine (OJSM). He also serves as OJSM editor-in-chief.

###The American Orthopaedic Society for Sports Medicine (AOSSM) is a world leader in sports medicine education, research, communication and fellowship, and includes national and international orthopaedic sports medicine leaders. The Society works closely with many other sports medicine specialists, including athletic trainers, physical therapists, family physicians, and others to improve the identification, prevention, treatment, and rehabilitation of sports injuries. AOSSM is also a founding partner of the STOP Sports Injuries campaign to prevent overuse and traumatic injuries in kids.