Asians, Black Africans most at risk 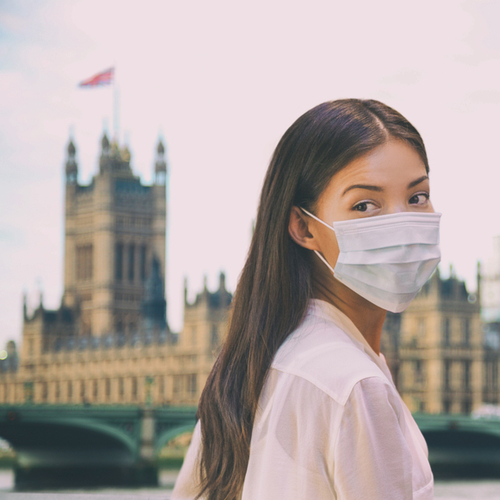 Over 50% of Asians living in the UK are severely deficient in vitamin D, leaving them more vulnerable to COVID-19, a new study has found.

Newswise — Over 50 per cent of Asians living in the UK are severely deficient in vitamin D, leaving them more vulnerable to respiratory infections such as COVID-19 and musculoskeletal disorders, according to a large-scale population study published this week.

The journal Clinical Nutrition also reports that more than a third of Black Africans living in Britain have high levels of vitamin D deficiency, and lower socio-economic groups are more at risk.

Led by the Australian Centre for Precision Health, University of South Australia, using data from 440,581 UK Biobank participants, the study strengthens calls for a mandatory vitamin D fortification program in the United Kingdom.

Unlike most other high latitude western countries, the UK does not fortify any staple food items with vitamin D, aside from a small amount added to margarine.

The hormone is naturally synthesised in the body through sun exposure, but long winter months and less time spent outdoors have contributed to alarmingly high vitamin D deficiency in pockets of the UK, with overall levels falling below the most conservative global recommendations.

First author, UniSA PhD student Joshua Sutherland, says the findings show that certain ethnic and socio-economic groups, as well as those living in the northern areas of the UK, are far more likely to be vitamin D deficient.

“The reason that people with darker skin are more at risk is because higher levels of melanin, which increases skin pigmentation, can lessen the skin’s ability to make vitamin D,” Sutherland says. “But this, combined with spending more time indoors and consuming lower vitamin D-containing foods, can foster severe deficiency.”

“Of almost half a million people surveyed, we found that 57 per cent of Asians were severely deficient in vitamin D (levels below 25 nmol/L) in winter/spring and 50.8 per cent in summer and autumn.

“Black Africans were the next most vulnerable (38.5 per cent deficient in winter and 30.8 per cent in summer), followed by mixed race people and Chinese participants. White Europeans had the lowest prevalence of vitamin D deficiency but many are still affected.”

Vitamin D is a hormone that controls calcium levels in the blood and helps build strong bones, regulates immune and muscle function and contributes to overall health.

Regular consumption of oily fish has a protective effect, but Asians are less likely to eat fish or use vitamin D supplements compared to other ethnicities, the researchers found.

There was a clear seasonal contrast in vitamin D levels among white Europeans, with 17.5 per cent showing a deficiency in winter, compared to 5.9 per cent in summer. The seasonal variations were not as marked in other cultural groups.

Time spent outdoors, and high levels of TV and computer use were all strongly associated with a greater chance of vitamin D deficiency in white Europeans, but this association was much weaker for other ethnicities.

“These findings highlight the continuing need for effective health interventions to reduce the prevalence of vitamin D deficiency in the UK, both at the population level and within at-risk groups,” Sutherland says.

“Fortification of a single food item, such as the proposed wheat fortification program, is tricky because some South Asian groups are more likely to eat millet and rice than wheat. It’s clear the UK requires targeted public health measures to mitigate deficiency risk in all affected populations,” he says.

The study was led by Professor Elina Hypponen, who is one of the world leading experts on vitamin D.

“The rate of severe deficiency was much higher in most population groups than we would have expected, so these results are really very alarming,” says Prof Hypponen.

“The severity of vitamin D deficiency is concerning, especially with the high rates of COVID-19 infections in Europe and elsewhere in the northern hemisphere this winter.  Clinical trials have shown that vitamin D supplements are beneficial in the prevention of respiratory infections and even mortality.

“Vitamin D is not expensive and the doses which have shown the greatest benefits are those that we can all acquire over the counter from the local pharmacy. Given the COVID-19 pandemic, now is really the time for all who may be affected to take action,” Prof Hypponen says.

“Differences and determinants of vitamin D deficiency among UK Biobank participants: a cross ethnic and socioeconomic study” is published in Clinical Nutrition.

Professor Elina Hypponen is among the world’s most cited academics in the field of nutritional and genetic epidemiology. Her research has been cited more than 18,000 times in the past five years.