All Opioids Have the Potential to Be Abused. Opioid Expert Works with Patients Reeling From Chronic Pain. 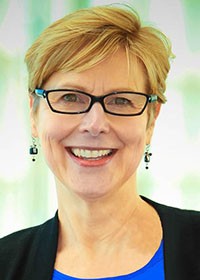 Judith Paice, the director of the Cancer Pain Program at Northwestern Medicine, is able to comment on the Food and Drug Administration’s recent call to remove the opioid Opana ER from the market because an increasing number of people are abusing the prescription drug.

“All opioids have the potential to be abused if someone has risk factors for misuse of opioids,” said Paice, Ph.D., R.N., who also is a research professor of medicine at Northwestern University Feinberg School of Medicine.

“Abuse deterrent formulation only reduces a certain amount of that potential; they don’t preclude someone from misusing the drug,” Paice said. “They can modify the pill so that an individual can’t crush it to snort or inject it but it doesn’t prevent someone from taking too many pills. This is true of Opana, and it’s true of some other new agents.”

“Some of the measures that have been employed to limit the opioid abuse epidemic are having unintended consequences and providing obstacles for people with with pain associated with or other life-threatening illnesses to obtain their medication,” Paice said.

Some retail pharmacies have rationed opioids, such that each retail outlet only carries a certain amount of the medicine, Paice said.

“The insurance companies are placing many roadblocks, limiting the overall dose and sometimes not covering a certain opioid, even for people with cancer.”