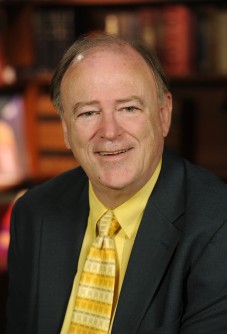 Larry Powell, Ph.D., professor at the University of Alabama at Birmingham

“I don’t think it will make a big difference," said Powell. "Republican voters in Alabama have generally shown that they have been willing to overlook sexual misconduct. They did it for Donald Trump. That includes Republican women and evangelicals.”

“The question mark in all of this is that Moore has been called on by Mitch McConnell, John McCain and Alabama Senator Richard Shelby to withdraw from the Senate race. I don’t think he will do that but it will put more pressure on him.”

Other points from Powell on the Alabam senate race:

Alabama is a Republican state and that hasn't had a Democrat win a statewide election for Senate since 1992, which was Richard Shelby who soon became a Republican after that.

Powell predicts that this will be a low turnout election, that favors someone with a loyal group of voters, like Roy Moore. However, he believes we could see some voters shift during the December election because their vote was more of a vote against Luther Strange than a vote for Roy Moore during the primary runoff. It is uncertain whether that will be enough to make a difference.

There are three things that would need to happen for Doug Jones to win the Alabama Senate seat:

Larry Powell is available for phone, radio and television interviews through the UAB News Studio.

The studio is available for live or taped HD interviews with UAB experts worldwide through LTN Global Networks.There is no cost to use the studio when using UAB experts. The studio is also equipped with an ISDN line for digital radio interviews.