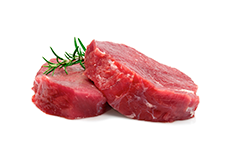 Newswise — ARLINGTON HEIGHTS, IL – (JULY 30, 2018) – An increase in the Lone Star tick population since 2006, and the ability to recognize the ticks as the source of “alpha gal” allergy to red meat has meant significantly more cases of anaphylaxis being properly identified.

A new study in Annals of Allergy, Asthma and Immunology, the scientific publication of the American College of Allergy, Asthma and Immunology (ACAAI) showed that at the University of Tennessee Health Science Center, alpha-gal ( a complex sugar found in red meat from beef, pork, venison, etc.) was the most common known cause of anaphylaxis. In previous studies of anaphylaxis, researchers were often unable to identify the source of the severe allergic reaction.

“Of the 218 cases of anaphylaxis we reviewed, 33 percent were from alpha gal,” says Debendra Pattanaik, MD, lead author of the study. “When we did the same review in 1993, and again in 2006, we had a great many cases where the cause of the anaphylaxis couldn’t be identified. That number of unidentified cases dropped from 59 percent in 2006 to 35 percent in this report – probably from the number of identified alpha gal cases. Our research clearly identified alpha gal as the cause of anaphylaxis in the majority of cases where the cause was detected. Food allergies were the second leading cause, accounting for 24 percent.”

The people in the study were seen between 2006 and 2016. The study notes that alpha gal allergy was first identified in 2008, so previous reviews wouldn’t have taken it into consideration. Due to increased awareness of red meat allergy, and more diagnostic testing available, alpha gal allergy went from an unknown entity to the most commonly identified cause of anaphylaxis at this center.

“We understand that Tennessee is a state with a big population of Lone Star ticks, and that might have influenced the large number of alpha gal cases we identified,” says allergist Jay Lieberman, MD, vice chair of the ACAAI Food Allergy Committee and a study co-author. “The Lone Star tick is predominantly found in the southeastern United States and we would expect a higher frequency of anaphylaxis cases in this region would be due to alpha gal. However, the tick can be found in many states outside this region and there are already more cases being reported nationwide.”

The remainder of the cases of anaphylaxis in the study were attributed to insect venom (18 percent) exercise (6 percent) systemic mastocystosis (6 percent) medications (4 percent) and other (3 percent).

A bite from the Lone Star tick can cause people to develop an allergy to red meat, including beef, pork and venison. The allergy is best diagnosed with a blood test. Although allergic reactions to foods typically occur rapidly, within 60 minutes of eating the food, in the case of allergic reactions to alpha-gal, symptoms often take several hours to develop. Because of the significant delay between eating red meat and the appearance of an allergic reaction, it can be a challenge to connect the culprit foods to symptoms. Therefore, an expert evaluation from an allergist familiar with the condition is recommended.

Allergists are specially trained to test for, diagnose and treat allergies. To find an allergist near you who can help create a personal plan to deal with your allergies and asthma, use the ACAAI allergist locator.

Annals of Allergy, Asthma and Immunology