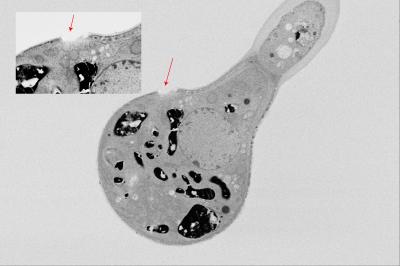 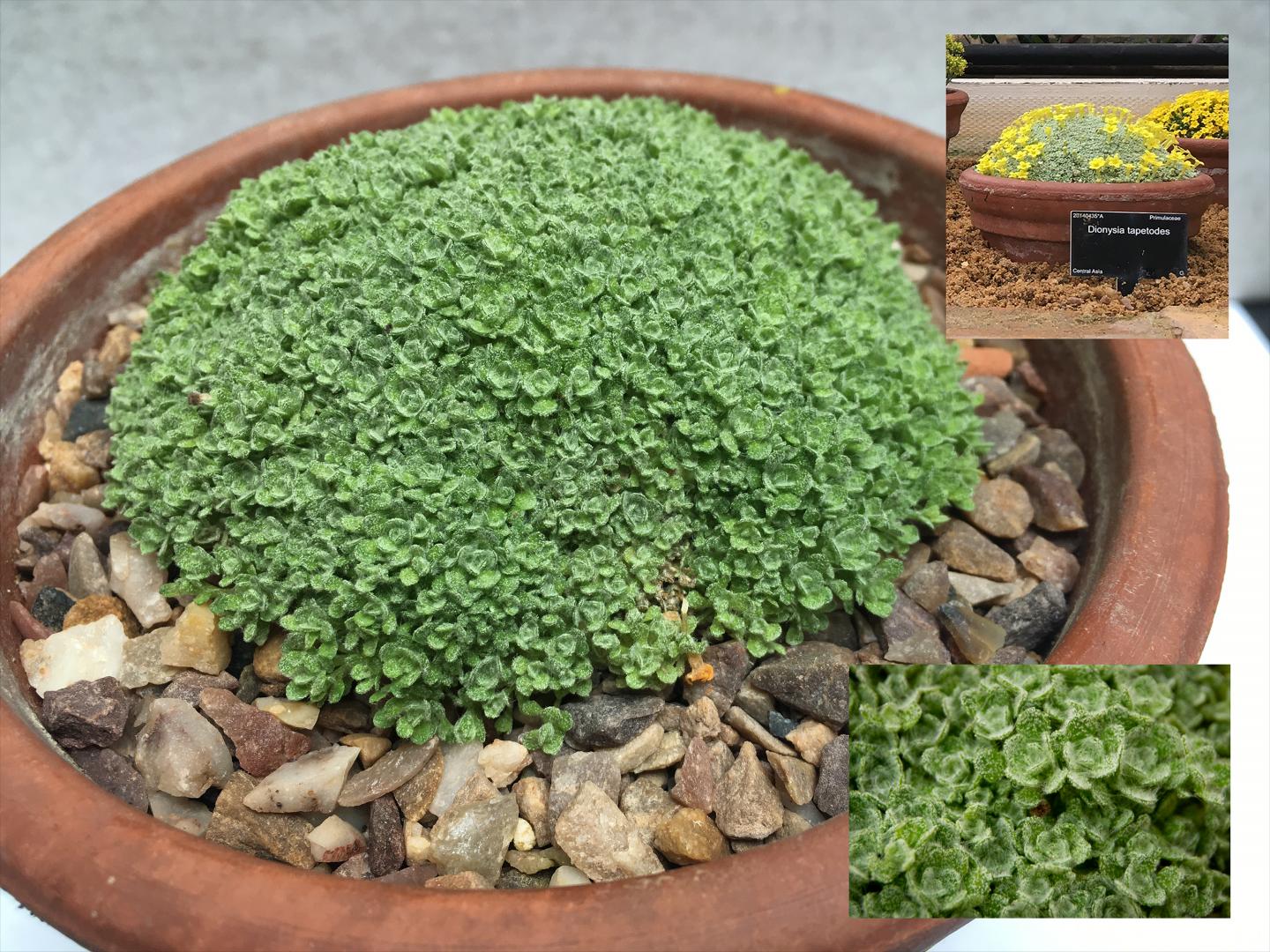 Dionysia tapetodes, is an alpine plant in the primula family with yellow flowers in spring/summer and leaves covered in woolly farina

Newswise — Like the movie version of Spider-Man who shoots spider webs from holes in his wrists, a little alpine plant has been found to eject cobweb-like threads from tiny holes in specialised cells on its leaves. It's these tiny holes that have taken plant scientists by surprise because puncturing the surface of a plant cell would normally cause it to explode like a water balloon.

The small perennial cushion-shaped plant with bright yellow flowers, Dionysia tapetodes, is in the primula family and naturally occurs in Turkmenistan and north-eastern Iran, and through the mountains of Afghanistan to the border of Pakistan. What makes it unusual is its leaves, which are covered in long silky fibres that resemble fine cobwebs called 'woolly farina'.

Quite a few of its primula relatives have leaves coated with a fine powder consisting almost entirely from flavone, which is a class of flavonoid. Flavonoids are small specialised molecules involved in plant metabolism and are recognised for their anti-inflammatory and antioxidant properties. But this Dionysia species does not have flavone powder on its leaves, instead it has very fine wool just 1-2 microns thick - far thinner than a human hair, which is about 75 microns.

"The woolly farina threads seem to cover the entire leaf surface with long threads even connecting leaf-to-leaf," said Paul Aston, who is the Botanic Garden Alpine and Woodland Supervisor. "Nobody knew what this wool was or how it was made and so we thought that this would be an interesting specimen to study. There are many things that plants make that we do not yet know about - this is especially true for alpine plants where we see many unusual adaptations to the harsh high altitude environments they live in."

Samples were analysed using advanced light and electron microscopes, which revealed the micron-diameter wool had distinct parallel grooves running along their length. But the most surprising observation was how the wool was emerging from the leaves.

"The leaves are covered in tiny hairs called trichomes. Each trichome has a spherical shaped glandular cell at the end - like a stalk with a single round cell at the tip - and we could see the threads emerging straight out of the glandular cell," said Dr Raymond Wightman, who is the Microscopy Core Facility Manager in the University of Cambridge's Sainsbury Laboratory. "But we know that plant cells are surrounded by a cell wall that protects and retains pressure within the cell. Poking holes through the cell membrane and cell wall would cause the cell to burst - like puncturing a water balloon."

So how were the threads getting out without exploding the cell?

Using a powerful electron microscope at the Cambridge Advanced Imaging Centre (CAIC), they sectioned the glandular cells and when they zoomed in could see tiny gaps in the cells just large enough to thread a single woolly farina fibre through.

"The plant manufactures the fibre inside the cell and then threads it through the gaps that are just wide enough for it," said Dr Matthieu Bourdon who is a researcher at SLCU and co author of the report published in BMC Plant Biology. "There is a distinct opening in the plasma membrane, cell wall and cuticle creating a hole that forms a tight seal around the fibre - we could even see wax on the cell surface acting like a plug to seal any gaps. We observed multiple fibres being extruded from individual glandular cells at specific spots across its surface. The plant must be concentrating the flavone building blocks within the cells at these specific exit sites to be able to produce the elongating fibre."

Dr Wightman also analysed the chemistry of the fibres to find what they are made from using the Institute's Raman microscope, but the wool's complex structure required further analysis using specialist equipment and skills from the University's Yusuf Hamied Department of Chemistry.

"The analysis of the woolly farina sample was challenging because of the small size of the sample and the similarity of the chemicals that it was made up of, said Dr Josephine Gaynord, PhD graduate from the University of Cambridge's Department of Chemistry and who undertook the further analysis using advanced chromatography, mass spectrometry and nuclear magnetic resonance (NMR) spectroscopy techniques. "It helped that we knew the majority of the sample was flavone, a chemical that we could buy and compare to the woolly farina sample. Thanks to some excellent support from the NMR team in the Department of Chemistry we were able to run bespoke analysis and provide possible structures for the modified flavones that were present. It would be very interesting to follow this work up in the future."

Wightman said they were expecting the fibres to be made up of flavonoids similar to the powdery coating on the leaves of some other primula species, but were intrigued by how this species was able to turn flavones into such stable wool-like fibres. "We found the wool produced by Dionysia tapetodes has a special chemical structure that is a mix of flavone and flavone derivatives that may use hydrogen bonding between molecules to form the elongated fibres. This means inside the cell these flavones need to be mixed precisely while being added to the end of the fibre so that they exit the gap as one continuous thread - like squeezing a continuous line of toothpaste from a tube."

"While it is not known what purpose the woolly farina serves, it is thought it could be a protective measure offering tolerance to freezing, drought and/or blocking high UV," said Simon Wallis, Alpine and Woodland Assistant at CUBG. "This latter theory is supported by observations that we have made from our alpine collection, comparing the wool-producing Dionysia tapetodes with a subset of Dionysia tapetodes that do not have woolly farina and are more susceptible to sun scorching."

The team is interested in further exploring the properties of these fibres to determine if they might be a useful biomaterial.

Caption: Dionysia tapetodes, is an alpine plant in the primula family with yellow flowers in spring/summer and leaves covered in woolly farina