Alum Does the Right Thing with a $5 Million Gift

A Washington College alum's legacy gift will supercharge the teaching of ethics at his alma mater. 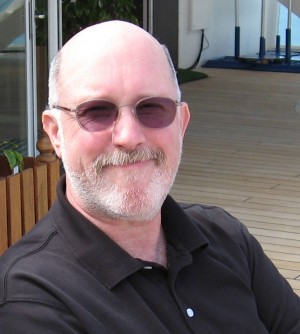 Newswise — CHESTERTOWN, MD—A Washington College alumnus with a passion for service and ethics has made a $5 million legacy gift to establish an academic program dedicated to teaching the principles and practice of doing the right thing. The gift from pediatric dentist Richard E. Holstein ’68, believed to be the largest legacy gift ever made to the 232-year-old liberal arts college, will greatly expand an existing program in ethics established in his name a decade ago. Vice President for Advancement Gary Grant says it aligns perfectly with the history and ethos of Washington College, whose original 1782 charter specified that, “institutions for the liberal education of youth in the principles of virtue, knowledge and useful literature, are of the highest benefit to society, in order to raise up and perpetuate a succession of honest men and women, for discharging the various offices and duties of the community, both civil and religious, with usefulness and reputation.”

“It remains an integral part of the College’s mission to develop ethical sensitivity and civic responsibility,” says Grant. “In Richard, we have an alum who thinks deeply about ethical integrity. His extraordinary legacy gift will ensure that future students learn the intellectual and practical skills to live with integrity and to influence the behavior of others in a positive way.”

Holstein practices pediatric dentistry in Princeton, N.J. and has taught at the University of Pennsylvania School of Dental Medicine. His interest in ethical behavior dates to his college years in Chestertown, where he majored in philosophy and was mentored by faculty members such as philosophy professor Peter Tapke.

That interest grew as he developed his career in dentistry, working with his young patients, teaching future dentists, and volunteering with Operation Smile, the volunteer medical services organization that offers reconstructive facial surgery to indigent children and young adults around the globe. (Holstein was awarded the Washington College Alumni Citation in 1999, largely to recognize his work as founder of the Central New Jersey Chapter of Operation Smile.) His definition of an ethical life includes environmental stewardship, which is why he drives a Prius and powers his home mostly with solar cells.

“I really believe that the ultimate goal of any educational institution should be developing its students’ potential for critical thinking, and the concept of ethical behavior is essential to that goal,” says Holstein. “I want Washington College to become even more extraordinary than it already is in doing so. I am ‘paying forward’ the efforts of my parents, teachers and mentors, with the hope of exponentially increasing the contributions of Washington College graduates to humanity.”

Holstein made a $100,000 gift to Washington College in 2004, a donation that was matched by funds from the Hodson Trust, to establish the Holstein Ethics Program. Its purpose is to bolster the College’s teaching of ethical sensitivity and to promote a deeper appreciation for the value of ethics in American life. The program brings figures of national significance to campus to meet with students and lecture publicly about ethical issues in society; sponsors the Holstein Prize in Ethics, awarded each year for the senior thesis that best demonstrates an appreciation for ethics in a chosen field of study; and supports faculty who design or revise their courses to incorporate ethical issues.

“Richard is a hero of mine, and his focus on the importance of living an ethical life has stimulated me to rethink the content of my classes in a way that puts students in contact with ethical dilemmas,” says psychology professor George Spilich, who until recently directed the Holstein Ethics Program and now is director of the Barbara and George Cromwell Center for Teaching and Learning on campus. “I know he thinks back fondly on his biology, chemistry and other classes, but the most important lesson that Richard took away is that one should lead a life of purpose and that we derive our purpose from our sense of values.”

Dr. Holstein’s $5 million legacy gift, which will go to the college at the time of his death, will dramatically expand the ethics program that bears his name. Assistant Professor of Philosophy Matthew McCabe, the current director of the Holstein Ethics Program, worked with Holstein, Spilich, Provost Emily Chamlee-Wright, and others on campus to shape how the $5 million legacy gift will one day supercharge what Washington College already offers in the way of ethics education and programming. “The big piece will be adding up to three new faculty positions, to be Holstein Chairs,” McCabe explains. “They will be oriented around ethics and will foster interdisciplinary examination of ethical issues in all three divisions: the social sciences, the natural sciences and the humanities. We also envision a programmatic endowment fund of at least $500,000 to fund such things as an expanded speakers series, student internships, and support for a student Ethics Society.

“Dr. Holstein is a man of great character,” McCabe continues, “and his gift will enable the college to continue to engage students in exploring the motivation, the intention and the justification of ethical behavior during their four years here and, most importantly to Richard, as they move forward on whatever walks of life they pursue.”

Back to School Business Ethics Economics Education Entrepreneurship In the Workplace