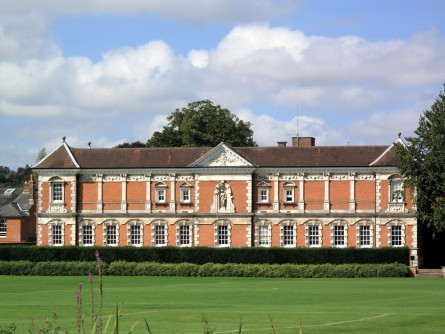 Newswise — Washington, DC--The alumni of nine leading private schools are 94 times more likely to reach the most powerful elite positions in British society than those who attended any other school, according to a unique historical analysis of Who’s Who led by researchers at the London School of Economics and Political Science.

The study examines the past and present influence of the UK Clarendon Schools: Charterhouse, Eton, Harrow, Merchant Taylors’, Rugby, Shrewsbury, St Paul’s, Westminster, and Winchester College. These schools have traditionally educated around 0.15 percent of all British people aged 13 to 18, but still produce nearly 10 percent of all entrants contained within Who’s Who—a catalogue of the British elite.

The paper, “The Decline and Persistence of the Old Boy: Private Schools and Elite Recruitment 1897 to 2016” published in the American Sociological Review, anlayzes 120 years of biographical data contained within the UK’s elite schools. It explains how the UK is an ideal context to explore how 20th century educational reform has only partially equalized opportunities in the labor market:

“Not only does the country have a history of radical education reforms, but it also possesses a centuries-old legacy of gendered private schools, which carry a remarkable legacy for incubating male leaders,” said lead co-author Sam Friedman, a sociologist at the London School of Economics. “For example, of the 54 Prime Ministers elected to office in Great Britain, 67 percent were educated at one of just nine elite schools…. Today, the distinct characteristics of these schools remain largely unchanged and their alumni continue to exert a profound influence.”

the study finds that although, while, the “propulsive power” of Britain’s private schools has diminished significantly since the beginning of the 20th century, private schools remain extraordinarily powerful, and any decline in their power has stalled completely over the past 16 years.

Who’s Who, the leading biographical dictionary of “noteworthy and influential” people in the UK, has been published every year since 1897. Many entrants are included automatically upon reaching a prominent occupational position, such as Members of Parliament, Members of the House of Lords, Judges, senior civil servants, heads of public bodies, Dames and Knights, Poet Laureates, and heads of museums and large arts organisations. The rest are selected based on “a noteworthy professional appointment or sustained prestige, influence or fame.”

The sample is divided into five-year birth cohorts, the most recent of which is 1965-69during which time the Clarendon schools were male-only. The average age at which individuals are included in Who’s Who is 50. Notably, women constitute only 23 percent of the most recent birth cohort though this number has grown steadily over time. The number of foreign-born entrants has declined somewhat since World War II, making up 5 percent of the same birth cohort. They were compared to census records of those aged over 35 who did not attend the Clarendon schools.

The researchers suggest that one possible driver of this downward trend may be the changing occupational composition of the British elite and the waning significance of the military and the clergy due to the decline of the British Empire and the secularisation of British society.

Another may be the combined effects of educational reforms, such as the 1944 Education Act, which transformed access to education, eventually enabling nearly all young people to attend school up to the age of 16. This, combined with even earlier reforms that standardised credentials across schools, such as the School Certificate, may have hampered the ability of the ‘old boys’ to trade off the name of their school in the same way as they may have in the past.

“The decline must be viewed in a wider context of persistence rather than cessation,” said Friedman.

“Elite schools remain extraordinarily successful at producing Britain’s future elites; Clarendon school alumni remain 94 times more likely to take up an elite position than individuals attending other schools,” the paper concludes. “Even alumni of the other HMC schools – our weaker definition of elite schooling – are 35 times more likely to be a member of Who’s Who. Moreover, alumni of elite schools are often very successful even when they do not pass through other elite institutions.”

“Although the Clarendon schools have not always been the best performing schools in the country, they have consistently remained the most successful in propelling their alumni into elite positions,” said Aaron Reeves of LSE’s International Inequalities Institute, who authored the study along with Friedman. “Clearly their power lies beyond simple academic excellence and may be rooted in an extensive extra-curricular education…. While the democratisation of education clearly dented the influence of these elite schools, their power remains a testament to how far adrift Britain lies from true equality of opportunity.”

The research article described above is available by request for members of the media. For a copy of the full study, contact Johanna Olexy, ASA Senior Communications Associate, at (202) 247-9873 or [email protected].