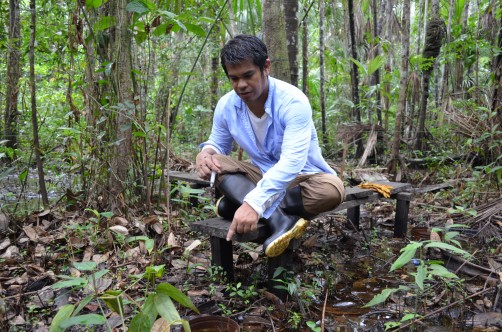 Cadillo-Quiroz, as associate professor with ASU School of Life Sciences, takes water, soil, and greenhouse gas measurements at a study site in the Amazon near Iquitos, Peru. 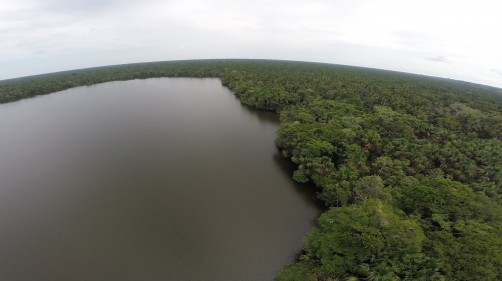 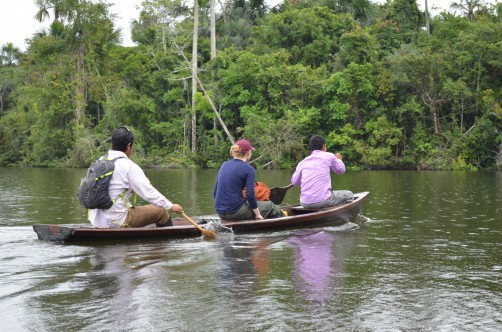 Newswise — Until humans can find a way to geoengineer ourselves out of the climate disaster we’ve created, we must rely on natural carbon sinks, such as oceans and forests, to suck carbon dioxide out of the atmosphere. These ecosystems are deteriorating at the hand of climate change. Once destroyed, they may not only stop absorbing carbon from the atmosphere, but start emitting it.

Ecosystems that host a carbon-dioxide rich type of soil called peat, known as peatlands, are the most efficient natural carbon sink on the planet. When undisturbed, they store more carbon dioxide than all other vegetation types on Earth combined. But when they’re drained and deforested, they can release nearly six percent of global carbon dioxide emissions each year. Climate researchers are worried that many of the peatlands soaking up carbon now will soon be doing the opposite.

“The importance of peatlands is now recognized given their capacity to store carbon in the soil, which worldwide, is about twice the content of all forests on earth,” said Hinsby Cadillo-Quiroz, associate professor with Arizona State University’s School of Life Sciences and co-author of a new study. “Until few years ago, the global role of tropical peatlands in the Amazon forest were completely unknown and not understood.”

Now, a multi-institutional research team is investigating the dynamics and controls affecting Amazon peatlands. One of the critical questions uses past records to predict what may happen in the future.

“If the area we looked at could represent the whole Amazonia or tropical peatlands, the loss of peat carbon to the atmosphere under future climate scenarios should be of great concern to our society,” said Qianlai Zhuang, a professor of earth, atmospheric and planetary sciences at Purdue University and lead author of the study. “Peatlands act like a ‘terrestrial ocean’ because of their sequestering carbon, but will this large amount of peat carbon be released under a warmer climate, causing further warming?” said Zhuang.

In collaboration with team members at ASU and Florida International University, Zhuang looked to peatlands in the Peruvian Amazon to try to answer this question.

According to an Earth systems model spanning from 12,000 years ago to 2100 AD, this relatively small basin could lose up to 500 million tons of carbon by the end of this century. That’s about five percent of current global annual fossil fuel carbon emissions, or 10 percent of U.S. emissions, being spit back out into the atmosphere.

By most estimates, South America will become both warmer and wetter by the end of the century. The team’s findings, published Nov. 19 in Proceedings of the National Academy of Sciences, show that higher temperatures lead to more peat carbon loss, while increased precipitation slightly enhances the build-up of peat carbon over long timescales. Together, this is likely to increase carbon loss from peatlands to the atmosphere.

Peatlands in the western Amazonia in Peru remain nearly intact, but this is isn’t the case in most places with significant peat stocks, which are being cleared to make room for agriculture. Peatlands in some parts of the world, including Canada, Siberia and Southeast Asia, have already turned into significant carbon sources. The same fate may be coming soon for the Peruvian peatlands.

“Agricultural intensification and increasing land-use disturbances, such as forest fires, threaten the persistence of peat carbon stocks. These peatland ecosystems may turn into carbon sources instead of sinks unless necessary actions are taken,” said Zhuang.

Cadillo-Quiroz said: “Our assessment is regionally valuable because it addresses future dynamics of soil carbon that can globally affect the atmosphere and delineates at a very specific scale within the Amazon basin regions and types of peatlands with likely higher sensitivity to carbon loss for predicted climate scenarios. This information will likely be used for directing approaches to regional monitoring, land management and conservation.”

The collaborative research between ASU and Purdue is aimed at furthering analyses related to the fate of carbon in Amazon peatlands. “The wealth of data collected by our team in the past few years will continue to yield new information about the processes that affect carbon content and stability in Amazon peatlands,” Cadillo-Quiroz said.

Researchers from Arizona State University, Purdue University, the Carnegie Institution for Science and Florida International University contributed to this work. The study was supported by the National Science Foundation DEB program and Department of Energy. 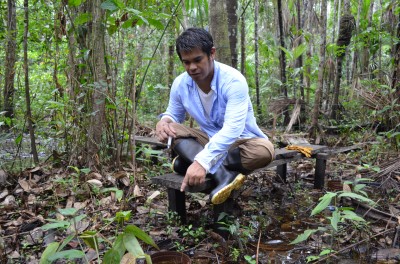 Caption: Cadillo-Quiroz, as associate professor with ASU School of Life Sciences, takes water, soil, and greenhouse gas measurements at a study site in the Amazon near Iquitos, Peru. 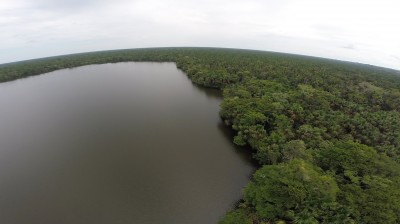 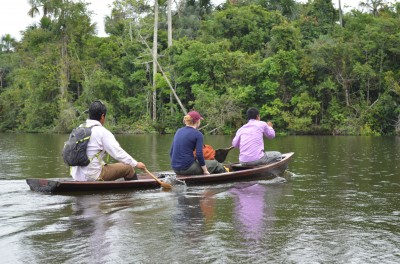