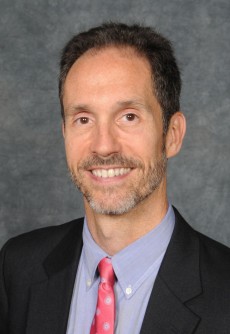 The APS Pain Research Fund, www.painresearchfund.org, enables private donors to support APS in developing new pain research grant programs. Money donated to the fund will be directed to research projects selected by APS, and large donors would have the option to specify the type of research they want to support.

“Breakthroughs in pain medicine depend on scientific research to discover new treatment options, but reduced government funding threatens to restrict pain research achievements in the future,” said APS President Roger B. Fillingim, PhD. “The American Pain Society has had success with three major private grant programs that have generated excellent science, and we believe the time is right to make a wide appeal for private donations to increase pain research funding.”

At a news briefing, Fillingim described a “pain research conundrum” in which promising studies abound but dwindling dollars are available to fund grants that can turn discoveries into therapies. He said budget cuts at the National Institutes of Health are expected to limit pain grant funding for many years.

The new fund will expand the American Pain Society’s private, targeted grant programs. Its Future Leaders in Pain Research grant program began in 2005 and has funded more than 30 grant awards to date. Another grant program is supported by the Rita Allen Foundation. The foundation and APS award two grants in the amount of $50,000 annually for up to three years for promising research proposals covering the molecular biology of pain and/or basic science topic related to the development of new analgesics for the management of pain due to terminal illness.

Three years ago, APS established the Sharon S. Keller Foundation grant program. It was endowed by private investor David Keller in memory of his wife. She died in 2011 after 25 years of battling cancer, rheumatoid arthritis, chronic musculoskeletal pain and the side effects of pain medications. In its first two cycles, the program has awarded more than $200,000 in research grants for eligible APS members. Proposed research projects investigate non-invasive, non-pharmacologic interventions with favorable side effect profiles to improve chronic pain management. These projects promise to provide novel information regarding treatment efficacy or the mechanisms thereof.

“I wanted to honor Sharon’s legacy with a meaningful program to stimulate more research to find new pain treatments and offer promise to the millions who endure persistent pain everyday,” Keller said. “It’s clear that future success in pain research will be dependent on significant increases in private donations to fund projects that have a high likelihood of leading to new treatments and increased or expanded access to treatment options for people with chronic pain. I discovered that relatively smaller amounts of money could be used as a springboard to provide researchers with the scientific impetus that will then attract the large funds required to prove the efficacy of these programs. I believe strongly that our model can be replicated successfully through the APS Pain Research Fund.”

Donors large and small can contribute APS Pain Research Fund at the website, www.painresearchfund.org. Wealthy individuals and foundations interested in supporting specific areas of pain research can work directly with APS leaders to develop targeted grant programs. Potential large donors will be asked how they would want to support pain research, such as focusing on basic science, translational research or clinical applications, such as clinical practice guidelines.

The Cost of Pain Keeps Going UpEvery year, American businesses lose up to $335 billion in the value of lost productivity due to the impact of chronic pain in their workforces. A landmark report issued by the Institute of Medicine (IOM) in 2011, Relieving Pain in America: A Blueprint for Transforming Prevention, Treatment, and Research, sounded a clarion call for the nation to take immediate and aggressive measures to reduce the enormous medical, social and economic toll of chronic pain.

According to an employer survey conducted by Laffer Associates, almost half of employees who say they have chronic pain said their pain often or sometimes affects job performance, and an estimated $1.1 billion in lost wages in 2006 was attributed to employees calling in sick due to a pain-related condition. Its authors estimated the value of lost productivity by computing the costs of days of work missed (ranging from $11.6 to $12.7 billion); hours of work lost (from $95.2 to $96.5 billion); and lower wages (from $190.6 billion to $226.3 billion).

“Studies show that most of the pain-related lost productive time occurs while employees are at work and is in the form of reduced performance,” said Fillingim. “The cost of pain, therefore, is an enormous burden on society, particularly to employers. The IOM report was a wake-up call to the magnitude of what pain costs our society. Further progress in combating chronic pain will depend on diversifying pain research funding sources to include greater support from foundations and wealthy individuals interested in translating advances in pain science into effective relief,” he explained.

About the American Pain Society Based in Glenview, Ill., the American Pain Society (APS) is a multidisciplinary community that brings together a diverse group of scientists, clinicians and other professionals to increase the knowledge of pain and transform public policy and clinical practice to reduce pain-related suffering. APS was founded in 1978 with 510 charter members. From the outset, the group was conceived as a multidisciplinary organization. The Board of Directors includes physicians, nurses, psychologists, basic scientists, pharmacists, policy analysts and others. For more information on APS, visit www.AmericanPainSociety.org.