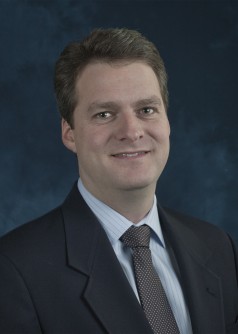 Newswise — CHICAGO, Dec. 17, 2014 – Some 100 million Americans suffer from chronic pain, according to the Institute of Medicine, but funding to support scientific research that could lead to effective new therapies for pain remains inadequate. Recognizing this dilemma, the American Pain Society (APS) today released its Pain Research Agenda for the 21st Century, which identifies promising but underfunded approaches to develop new treatments and to help make currently used pain medications safer and more effective.

Published in the current issue of The Journal of Pain, the APS Pain Research Agenda is a goal-oriented approach emphasizing important outcomes that must be achieved to meaningfully advance pain treatment. It states: “The most direct path to achieving dramatic advances in pain treatment is through substantially increased investment in pain research and education, which would enable the pursuit of an aggressive translational pain-research agenda.”

“Chronic pain must become a national priority. Much larger investments have been made, such as decoding the human genome and halting the HIV epidemic, and the results have been nothing short of transformative,” said APS President Gregory Terman, MD, PhD, professor of anesthesiology, University of Washington Medical School. “Is the daily suffering of 100 million Americans less important?”

“Our work in developing the pain research agenda showed that even the most optimistic estimates indicate that pain research is woefully underfunded relative to its prevalence, disease burden and economic toll,” said co-author and former APS President Roger B. Fillingim, PhD, professor, College of Dentistry and director, Pain Research and Intervention Center of Excellence at the University of Florida.

He noted that pain research expenditures at the National Institutes for Health (NIH) account for just 1 percent of the NIH research budget or $4 per affected individual, compared to cancer and HIV for which $431 and $2,562, respectively, are spent per affected person.

1. Develop novel pain treatments that enhance clinically meaningful pain relief and functional improvement with acceptable adverse effects.2. Expedite progress toward the prevention, diagnosis, and management of pain conditions.3. Optimize the use of access to currently available treatments that are known to be effective4. Understand the impact of health policies and systems on pain treatment5. Improve pain management through education research.

The APS authors cited a recent survey of neurologists in which most transformative pain drug of the past decade is considered to be the triptan class for migraine. “The triptan family of drugs was identified in pre-clinical studies searching for compounds with a specific mechanism, and it represents a clear success in translating basic science discoveries into human therapies,” said lead author Robert Gereau, Ph.D., professor of anesthesiology and director, Washington University Pain Center, St. Louis. “More discoveries like this are badly needed.”

Gereau said despite past successes, research investment in basic pain research in government, academia and industry is falling, even though chronic pain is a complex set of conditions. “New therapeutic interventions can be discovered through basic science advances that elucidate the fundamental of biology of pain and its development into a chronic pain disease state,” explained Gereau. “We must increase efforts to identify new targets for the development of novel pain therapies.

Currently Available Treatments Could Be Safer, More EffectiveAPS believes the nation’s pain research priorities also should involve studies to investigate how to better implement treatments proven to be efficacious and promote access to interdisciplinary pain treatment programs to improve the quality of life for persons with chronic pain.

“This will require studies to identify key barriers to implementing therapies that have been shown to be effective but are not commonly prescribed. Paramount in optimizing the use of and access to effective pain treatments is identifying which of the available treatments are most effective in various patient populations for the management of chronic pain,” said Fillingim.

He added that limited funding allocated for pain research has hampered clinicians’ ability to provide optimal, evidence-based care for pain, and also has contributed to faulty prescribing and misuse of pain medications. “The dramatic increase in prescribing opioids in the last 20 years occurred against a backdrop of limited availability of alternative pain treatments and insufficient data regarding the long-term safety and efficacy of opioid therapy for chronic non-cancer pain,” Fillingim said.

Lack of Public Awareness Hampers ProgressA major barrier for implementing the pain research agenda is an alarming lack of public awareness about the magnitude of the pain problem in the United States. A recent Research America poll showed that just 18 percent of respondents identified chronic pain as a major public health problem. Far less prevalent conditions, such as Alzheimer’s, were much more frequently described as serious public health conditions.

“Lack of public awareness not only contributes to continued lack of federal funding but also has a negative impact on potential private and philanthropic support for pain research and treatment,” said Gereau.

“A Pain Research Agenda for the 21st Century,” appears in the December issue of The Journal of Pain and is available online at www.jpain.org and www.sciencedirect.com.

About the American Pain Society Based in Chicago, the American Pain Society (APS) is a multidisciplinary community that brings together a diverse group of scientists, clinicians and other professionals to increase the knowledge of pain and transform public policy and clinical practice to reduce pain-related suffering. APS is the professional home for investigators involved in all aspects of pain research including basic, translational, clinical and health services research to obtain the support and inspiration they need to flourish professionally. APS strongly advocates expansion of high quality pain research to help advance science to achieve effective and responsible pain relief. For more information on APS, visit www.americanpainsociety.org.