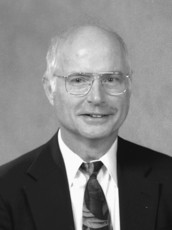 Newswise — As the only American among a few hundred participants in this week's Second International Conference on EU, Turkey and the Kurds, Gunter spoke as one of a dozen advisors to the EU Turkey Civic Commission seeking to encourage EU members to allow the Muslim state into the union.

"There are two overwhelming reasons why Turkey should be allowed to join the EU," said Gunter, ranked by Campus Watch as one of the top university-based specialists on the Middle East. "First, it would solve the Kurdish problem because Turkey would have to meet the EU standards of democracy. Second, it would put to rest the lie that Christian and Muslim nations will always be in conflict.

"Conflict is not inevitable. Cooperation is good for both Christians and Muslims, and Turkey is a moderate Muslim power that should be allowed to join if they implement reforms and become a stable democracy."

That is a big "if" for many countries that oppose Turkey's membership, which have grown to include France, The Netherlands and Germany. Some remain unconvinced that Turkey will truly adopt the Copenhagen Criteria that include governmental institutions guaranteeing democracy, rule of law, human rights and minority rights. Others consider the country a historic enemy, one poised to take away jobs.

"This can be a win-win situation if done correctly," explained Gunter. "At this stage, it would still be 10 years before Turkey could be admitted, so it is important to start now so that the groundwork is laid for true reform."

"For example, the EU has a problem funding social security," he explained. "There are too many elderly people collecting while there are not enough young people working and paying into the system. With the population growth very low, there will be a real problem in the very near future."

"Turkey has a very large, hardworking young population that will work and help fund that welfare state," he said.

Gunter said in general the intelligent elites are standing in favor of Turkey's entrance, but the masses are against it. He said proponents should continue to battle the negative publicity and demonstrate that those supporting Turkey's membership are not using hair-brained reasoning.

"You have to have your eye on the prize," said Gunter. "We've reached this point after more than 40 years of negotiating with Turkey. This is the next major step."

A final resolution highlighting steps for all parties in the conflict to take was agreed on by conference speakers and participants, including European Parliament members; non-governmental organization representatives; Turkish, Kurdish and European politicians, academics, writers and other leading authorities. Patrons of the EU Turkey Civic Commission include Nobel Peace Prize recipients Archbishop Emeritus Desmond Tutu and Shirin Ebadi.

Gunter was invited to the conference based on his reputation and contacts made on previous overseas trips. He has conducted a seminar at the U.S. State Department dealing with Middle East issues.

Gunter is a prolific writer with more than 75 articles in scholarly journals and books including Middle East Journal, American Journal of International Law and World Affairs. He has authored nine books about the Kurdish people of Turkey, northern Iraq, Syria and Iran, and two of those books were among the first analyses in English of the Kurdish unrest in the Middle East. He received the Kurdish Human Rights Watch's "Service to the Kurds Award" in 1998.

Gunter's body of work places him in continuous demand as an international conference speaker, visiting university professor, and national and international media contact. He receives radio, print and television interview requests from around the world on a regular basis and has been a guest on National Public Radio, Voice of America and the BBC.