Next-Generation Approach to Study Prevalence of TSH Hormone in Newborns, Cellular Therapy for Hypothyroidism and the Role of the Kidney in Iodide Metabolism and Thyroid Function 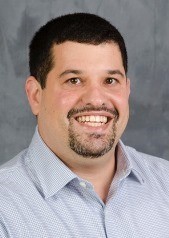 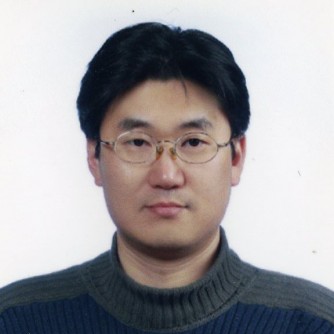 Newswise — The American Thyroid Association (ATA) is pleased to announce that first-year research grants have been awarded to three scientists who proposed novel projects to explore topics including the prevalence of mild thyroid stimulating hormone (TSH) in newborns, the cellular and metabolic basis of poor response to conventional treatment for hypothyroidism in some individuals, and whether or not the kidneys play an important role in iodine processing and thyroid function.

“One important function of the American Thyroid Association is to review and fund early career research grants submitted by promising young investigators," says Robert C. Smallridge, MD, ATA President. "This year, meritorious proposals from both PhD scientists and clinician investigators, both within the United States and internationally, were selected. When completed, these awards will result in the publication of important new observations, and hopefully help the investigators in their requests for further research funding from federal sources.”

Jonathan Wasserman, MD, PhD, Staff Endocrinologist, Division of Endocrinology, Hospital for Sick Children (Toronto, Ontario, Canada) was awarded an ATA grant for his project entitled "Genetic Variants Underlying Isolated Hyperthyrotopinemia: A Pilot Prevalence Study from a Provincial Newborn Screening Cohort." The project involves sequencing of the TSH-receptor gene and related genes in the TSH signaling pathway isolated from the blood of newborns identified on routine screening to have mildly elevated TSH levels. Dr. Wasserman will use a novel next-generation sequencing approach to identify mutations in these genes and their prevalence in this newborn population. Understanding the cause of mild TSH elevations may help guide treatment decisions and avoid the need for thyroid replacement therapy.

Sungro Jo, PhD, Staff Scientist, Rush University Medical Center (Chicago, IL) will study the cellular changes associated with a relatively common alteration in the enzyme type II deiodinase (D2), characterized by a single amino acid change, which occurs in 10-20% of the population. This polymorphism has been associated with several disorders, including Graves' disease and poor response to levothyronine (T4) therapy for hypothyroidism. Dr. Jo's project, "What Are the Mechanisms Underlying the Phenotype of Thr92Ala Type II Deiodinase (D2)?" will focus on where the polymorphic Thr92Ala protein localizes in the cell and what role it plays in how the cell responds to stress and the destructive process of autophagy.

Andrea Reyna-Neyra, PhD, Associate Research Scientist, Yale University (New Haven, CT), received funding for the project "The Role of the Renal Na+/I- Symporter (NIS) in Iodide Metabolism and Thyroid Function." NIS is the main glycoprotein that resides in the membrane of thyroid cells and controls the movement of iodide across the membrane. NIS is also present in other tissues in the body, and Dr. Reyna-Neyra has shown that the protein is expressed in the proximal tubule of the kidney. Iodide is mainly removed from the body by excretion in the urine. This project will investigate the function of NIS in the kidney, whether renal NIS plays a role in reabsorption of iodide, and how renal NIS affects thyroid function.

“The ATA research grant program has played an increasingly influential role in encouraging, attracting and supporting early-stage faculty scientists in embarking on an academic career in thyroidology," says Mingzhao Xing, MD, PhD, ATA Research Committee Chair. "This year we have received a record-breaking number of applications from all over the world. It is exciting to see outstanding, talented young investigators, representing various areas of thyroidology, become the finalists to receive this prestigious award, providing a new source for future leaders in thyroidology.”

The American Thyroid Association (ATA) is the leading worldwide organization dedicated to the advancement, understanding, prevention, diagnosis, and treatment of thyroid disorders and thyroid cancer. ATA is an international membership medical society with over 1,700 members from 43 countries around the world. Celebrating its 92nd anniversary, the ATA delivers its mission — of being devoted to thyroid biology and to the prevention and treatment of thyroid disease through excellence in research, clinical care, education, and public health — through several key endeavors: the publication of highly regarded professional journals, Thyroid, Clinical Thyroidology, and VideoEndocrinology; annual scientific meetings; biennial clinical and research symposia; research grant programs for young investigators, support of online professional, public and patient educational programs; and the development of guidelines for clinical management of thyroid disease and thyroid cancer. The ATA promotes thyroid awareness and information through its online Clinical Thyroidology for the Public (distributed free of charge to over 11,000 patients and public subscribers) and extensive, authoritative explanations of thyroid disease and thyroid cancer in both English and Spanish. The ATA website serves as the clinical resource for patients and the public who look for reliable information on the Internet.