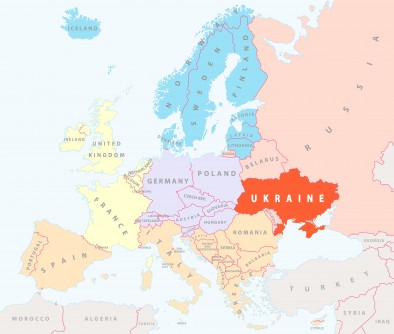 Newswise — Brooklyn, NY (June 6, 2017) -- As prolonged military conflict destabilizes the region, and incidence of injection drug use (IDU) rises, Ukraine is one of few countries experiencing an increasing HIV epidemic. The combination of a poorly developed health care sector, plus the lack of HIV research training programs throughout former Soviet nations, has created an urgent need for public health resources to curtail the spread of further infections.

In response to the crisis, the plan to develop and implement a “Ukraine HIV Research Training Program” has earned a $1.5 million 5-year grant for The New York State International Training and Research Program of SUNY Downstate Medical Center (NYS-ITRP). The program supports research that addresses gaps in HIV care in Ukraine, and aims to decrease the burden of HIV disease through direct training of investigators as well as development of in-country training resources.

“While HIV incidence is declining globally, Eastern Europe and Central Asia are regions where HIV infections continue to rise,” says Distinguished Service Professor Jack DeHovitz, MD, MPH, MHCDS, FACP, the director of the program.  “This new grant, combined with a similar grant awarded to the NYS-ITRP for Kazakhstan in 2016, places SUNY Downstate and its affiliates as a leader in HIV research training in the region,” DeHovitz says.

The program is the only HIV research training in Eastern Europe and Central Asia supported by the National Institutes of Health Fogarty International Center.

Despite notable improvements in responding to the epidemic, access to antiretroviral therapy remains low and institutional barriers impede access to care by substance users. Ukraine, the largest country in

Europe, is home to the continent’s most volatile HIV epidemic with an adult prevalence of 1.1%. It has

experienced multiple crises since it emerged from the Soviet Union in 1991 including two revolutions, the 2014 Crimean invasion, and the ongoing war in east and southern Ukraine. Independence from the Soviet Union also coincided with the emergence of an IDU epidemic. It has been estimated that this country of 45.5 million now has over 300,000 injection drug users, contributing to large increases in both HIV and hepatitis C virus (HCV) infections.

The program will work in collaboration with the School of Public Health of National Ukraine Kyiv-Mohyla Academy (SPH NaUKMA) and a research-focused nongovernmental organization, the Ukrainian Institute on Public Health Policy (UIPHP).

Training opportunities developed through this funding include the recruitment and training of HIV Research Scholars, and graduates will receive enhanced training in implementation science, biostatistics, epidemiology, and behavioral health.

SUNY Downstate Medical Center, founded in 1860, was the first medical school in the United States to bring teaching out of the lecture hall and to the patient’s bedside. A center of innovation and excellence in research and clinical service delivery, SUNY Downstate Medical Center comprises a College of Medicine, College of Nursing, College of Health Related Professions, a School of Graduate Studies, a School of Public Health, University Hospital of Brooklyn, and a multifaceted biotechnology initiative including the Downstate Biotechnology Incubator and BioBAT for early-stage and more mature companies, respectively.

SUNY Downstate ranks twelfth nationally in the number of alumni who are on the faculty of American medical schools. More physicians practicing in New York City have graduated from SUNY Downstate than from any other medical school. For more information, visit www.downstate.edu.