Among All Cancers, Lung Cancer Appears to Put Patients at Greatest Suicide Risk 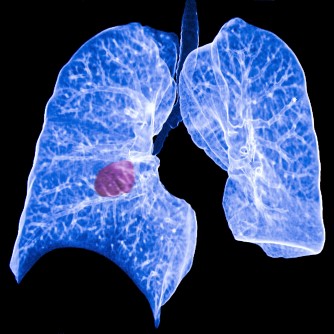 Newswise — ATS 2017, WASHINGTON, DC─A lung cancer diagnosis appears to put patients at the greatest risk of suicide when compared to the most common types of non-skin cancers, according to new research presented at the ATS 2017 International Conference.

Researchers analyzed 3,640,229 patients in the Surveillance, Epidemiology, and End Results (SEER) database and looked at suicide deaths for all cancers and for lung, prostate, breast and colorectal cancers individually. Over a 40 year period, cancer diagnoses were associated with 6,661 suicides.

The study found that, compared to the general population, the suicide rate in patients with:

“We wanted to see what the impact of one of life’s most stressful events is on patients,” said Mohamed Rahouma, MD, a post-doctoral cardiothoracic research fellow at Weill Cornell Medical College/New York Presbyterian Hospital. “I think it’s fair to say that most clinicians don’t think about suicide risk in cancer patients. This study, I hope, will change that by making us more aware of those at greatest risk of suicide so that this catastrophe in the care of our patients doesn’t happen.”

Among lung cancer patients, Asians have a more than 13-fold and men a nearly 9-fold increase in suicides. Other factors that increased suicide risk were being older, being widowed, refusing surgical treatment and having a difficult-to-treat (metastatic) type of lung cancer.

The authors noted that over the 40-year study period, suicide rates decreased, most notably for lung cancer when compared to the other three most common cancers.

“While cancer diagnosis counselling is an established practice, especially if a patient seems depressed, referral for ongoing psychological support and counseling typically does not happen,” Dr. Rahouma said. “This represents a lost opportunity to help patients with a devastating diagnosis.”

Lung cancer patients have the highest malignancy-associated suicide rate in USA: a population based analysis.

Previous studies have reported that the psychological and social distresses associated with cancer diagnosis have led to an increase in suicides compared to the general population. In the current study we sought to explore lung cancer associated suicide rates in a large national database compared to the general population as well as to the three most prevalent non-skin cancers [breast, prostate, colorectal cancer (CRC)].

The Surveillance, Epidemiology, and End Results (SEER) database (1973–2013) was retrospectively queried to identify cancer associated suicide deaths in all cancers combined, as well as, for each of lung, prostate, breast, or colorectal cancers. Suicide incidence and standardized mortality ratio (SMR) were estimated by using SEER*Stat 8.3.2 program. Suicidal rate for the general US population was obtained from National Vital Statistics Reports, Vol.64, No. 2.

Furthermore, suicidal trends over time and timing from cancer diagnosis to suicide were estimated for each cancer type. Among lung cancer patients, suicide SMR of different demographic, social and tumor related factors were identified.

There was a trend towards the decrease in suicide SMR over time, which is most notable for lung cancer compared to the other three cancers (Figure).

The cancer associated suicide rate is nearly twice that of US-general population. Suicide risk is highest among lung cancer patients, particularly older patients, widowed, males, and patients with unfavorable tumor characteristics. It is important to identify these high risk patients in order to provide the proper psychological assessment, support, and counselling to reduce these rates.