Amphetamines Can Delay Exhaustion During Exercise in Heat -- at a Cost 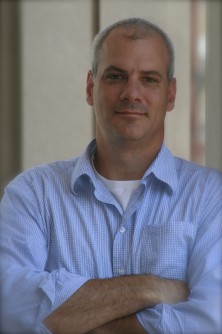 When people or animals exercise in the heat, exhaustion is a safety gauge telling the body it is time to stop. Exhaustion occurs when the body's core temperature reaches a potentially dangerous point. The use of amphetamines is banned in many sports because they increase time to exhaustion.

What they found: Amphetamines can delay exhaustion during exercise in the heat by increasing the temperature at which it occurs. This potentially ergogenic effect, however, comes at the risk of suffering from exertional heat stroke.

"Amphetamine increases Vo2max and time to exhaustion at the expense of body temperature and economy" was discussed Wednesday during the heat stress session of the American College of Sports Medicine annual meeting in Orlando, Fla.

Daniel E. Rusyniak, M.D., associate professor of emergency medicine at the IU School of Medicine, and colleagues in the Department of Emergency Medicine and the Department of Health and Rehabilitation Sciences, hypothesized that amphetamines increase the time to exhaustion by allowing the core temperature to climb higher before exhaustion occurs. Rusyniak and his team also wanted to determine whether oxygen consumption was affected and whether it played a role in the threshold for exhaustion.

The rats were familiarized with running on the treadmill for several days before the experiment. On that day, with the room at 89.6 degrees Fahrenheit, a control group of rats was given saline injections, while two other groups were given amphetamine injections of either 1 milligram or 2 milligrams per kilogram of body weight.

The researchers also determined that muscles consumed oxygen at a higher rate in the group receiving the larger amphetamine dosage, but there was no evidence that the efficiency or "economy" of the oxygen use was improved.

"The benefit of amphetamine use was probably not related to anything other than raising the temperature at which exhaustion occurs, which from a medical safety standpoint is not a benefit at all," Rusyniak said.