An inventive spirit, an impressive ranking for Ohio research university 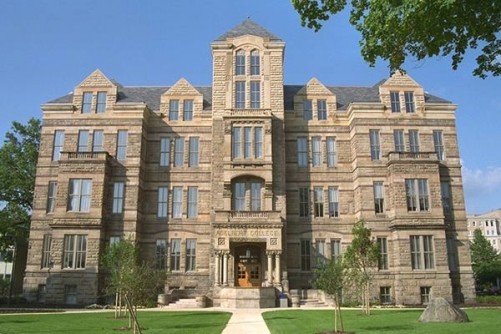 Newswise — Case Western Reserve University ranks No. 21 globally for the number of U.S. Utility Patents awarded to the university and its researchers, according to 2021 data compiled by the U.S. Patent and Trademark Office (USPTO).

That ranking places Case Western Reserve among the elite research universities worldwide and ahead of other Top 50 institutions such as Columbia, Yale and the University of North Carolina. The University of California was listed as the top institution for securing patents.

The rankings were released this morning by the National Academy of Inventors (NAI) and the Intellectual Property Owners Association (IPO) to highlight “the vital role patents play in university research and innovation.”

“The role of leading research universities in technology transfer and ultimately commercialization is greatly under-appreciated,” said Michael Oakes, senior vice president for Research and Technology Transfer at Case Western Reserve. “The distinguished history of discovery and innovation at CWRU is only surpassed by our renewed focus on growing the research enterprise by solving tough problems in health, manufacturing, natural security, sustainability and community development.”

Published annually since 2013, the report ranks the top 100 universities worldwide named as the first assignee on utility patents granted by the USPTO in the 2021 calendar year. The full report can be found here.

The USPTO awards utility patents based what an idea or invention does, or how it is used. The other kind of patent the office grants is a design patent, which instead focuses on an item’s appearance or look. While only a small percentage of patented items actually reach the market, the protections that patents provide represent a critical step toward engaging investors and entities.

A culture of innovation

“It is always exciting, and with a sense of pride, to review the breakthrough inventions created by our talented inventors,” said Case Western Reserve Chief Innovation Officer Joe Jankowski. “We have a broad portfolio, one that touches on improving the human condition with applications ranging from new medicines and vaccines to flame-retardant materials and energy-efficient data storage systems.”

Jankowski said every patent represented on the list is actually the result of what is typically many years of dedicated research activity led by faculty and with support from staff, graduate students and post-doctoral contributors.

“Innovation based on university technology continues to be a key factor in economic development,” said NAI President Paul R. Sanberg. “The expansion of technology and innovation are fundamental to the success of a university.”

About the National Academy of Inventors

The National Academy of Inventors is a member organization comprising U.S. and international universities, and governmental and non-profit research institutes, with over 4,000 individual inventor members and Fellows spanning more than 250 institutions. It was founded in 2010 to recognize and encourage inventors with patents issued by the U.S. Patent and Trademark Office (USPTO), enhance the visibility of academic technology and innovation, encourage the disclosure of intellectual property, educate and mentor innovative students, and translate the inventions of its members to benefit society. The Academy and the USPTO have enjoyed a collaborative partnership since the founding of NAI. Most recently this has been reflected in their joint mission to expand access to the innovation ecosystem through a focus on diversity, equity, and inclusion. www.academyofinventors.org.

The Intellectual Property Owners Association (IPO) is a trade association for owners of patents, trademarks, copyrights and trade secrets. IPO is the only association in the U.S. that serves and advocates for all intellectual property owners in all industries and all fields of technology.