An Itch You Can’t Scratch: Researchers Find “Itch Receptors” in the Throats of Mice 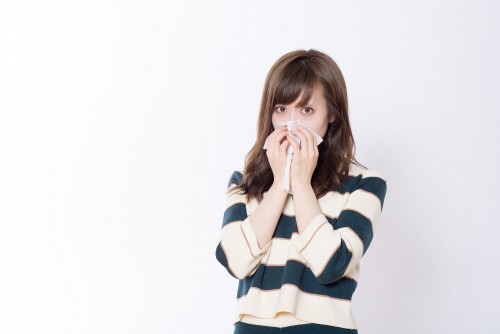 The researchers were inspired to study “itchiness” in the airway by asthma patients who reported the sensation in their lungs just prior to full-blown asthma symptoms such as wheezing.

Newswise — Working with mice, Johns Hopkins researchers report they have found previously known skin itch receptors in the airways that appear to contribute to bronchoconstriction and airway hypersensitivity, hallmarks of asthma and other respiratory disorders. The investigators’ experiments in mice suggest that the receptors’ activation directly aggravates airway constriction and—if the same process is active in people—may be a promising new target for the development of drug therapies.

In a report on the study, published Feb. 5 in Nature Neuroscience, researchers say the biochemical receptor, known as a G protein-coupled receptor, was present on nerve cells in the lower respiratory tracts of lab mice.

“The findings give us a fuller picture of what airway reactivity looks like,” says Xinzhong Dong, Ph.D., professor of neuroscience at the Johns Hopkins University School of Medicine Institute for Basic Biomedical Sciences.

Dong said he and his team were inspired to study “itchiness” in the airway by asthma patients who reported the sensation in their lungs just prior to full-blown asthma symptoms such as wheezing. Though he has been studying the G protein-coupled receptor on the skin for many years, Dong said he had not yet looked for it in other parts of the body.

Using fluorescent antibodies designed specifically to light up the receptor in mice, the investigators observed it on vagus nerves, which serve as a main biochemical connection between airway cells and the brain.

To explore the effects of the receptor on the airway, the researchers used a protein called BAM8-22, which is an itch activator that specifically targets the G protein-coupled receptor, to induce a reaction. They found that mice with the G protein-coupled receptor breathed more quickly and with more effort after exposure to the receptor activator than mice lacking it, evidence that the receptors are activated before an asthma-like attack.

Currently, asthma treatments such as anticholinergics target the hypersensitive nerves that connect the brain to so-called parasympathetic neurons in the smooth muscle of the airway.

To investigate what, if any, role vagus neurons have in this system, Dong and his team repeated the experiments, while also activating the airway smooth muscles using acetylcholine—a neurotransmitter used throughout the nervous system to activate muscles. They found that stimulation of the G protein-coupled receptor increased airway constriction more than activating the airway smooth muscles alone.

The research team then infected specially bred mice carrying G protein-coupled receptors and those without the receptor with an influenza virus—which is known to trigger asthma attacks in humans. When the researchers then administered acetylcholine to the mice through the nebulizer, they observed that mice with the G protein-coupled receptors reacted more vigorously than those with only smooth muscle reactions, and they also showed increased airway restriction compared to their counterparts without the receptor.

“We know that influenza stresses the respiratory system in humans. Through this test, we saw that in mice, activating our receptor made the reaction much, much worse,” says Dong.

In the future, Dong hopes to identify a compound that can block the G protein-coupled receptor on vagus nerves as a means of stopping airway “itch” and curbing asthma.