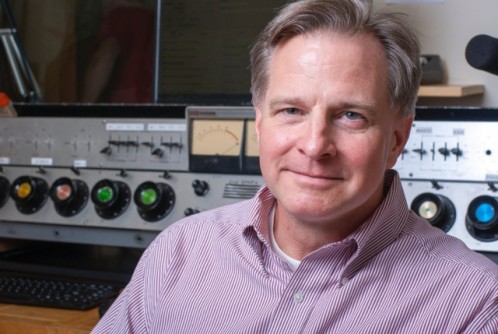 The Ed Sullivan Show was the longest-running and most important variety show in television history. At the time of the Beatles' first performance in February 1964, Sullivan had already been presenting live entertainment on Sunday nights on CBS for 16 years.

"Sullivan was a master showman and an unlikely television star," said Mike Conway, an associate professor in the IU School of Journalism and a television historian. "He had created a popular television program by producing an eclectic mix of live entertainment week in and week out just as television became a mass medium in the United States. But on camera, Sullivan had little personality, and his awkward presentation style made him a favorite target for comedians and impersonators.

"When influential television critic Jack Gould first saw Sullivan in 1948 when the show debuted, originally called 'Toast of the Town,' he called the choice of Sullivan as host 'ill-advised.' But instead of dismissing the criticism, Sullivan embraced the caricature and invited the impersonators onto the program," said Conway, who studies the key figures in early TV news.

CBS originally hired Sullivan to host the variety show because of his contacts as a gossip columnist for the New York Daily News. He improvised the traditional vaudeville and variety show format by featuring the biggest guest at the start of the program and then bringing them back later in the show. Sullivan controlled all aspects of his program, from choosing the wide variety of acts each week to working with the performers during dress rehearsals.

Conway said Sullivan wasn't the first person to give the Beatles a national television audience in the United States.

"The Ed Sullivan Show" is considered the Beatles' first live performance on American network television, but the band had been featured on the network newscasts, as well as a filmed segment in January 1964 on "The Jack Paar Show."

"By October 1963, the Beatles were causing such a commotion at their concerts in Europe that all three American networks started working on stories about the band," Conway added. "NBC ran the first piece on Nov. 18, 1963, on 'The Huntley-Brinkley Report.' Reporter Edwin Newman took quite a patronizing approach to the band and its Mersey sound in his four-minute story. He said one of the reasons for the group’s success was the screaming fans drowned out the music itself. After hinting the Beatles might be coming to the U.S., Newman ended the piece with 'to which it may be rejoined, show us no Mersey.'

CBS reporter Alexander Kendrick had also prepared a piece on the Beatles around that time, but the assassination of John F. Kennedy pushed the story off the "CBS Evening News with Walter Cronkite" newscast until December 1963.

"Ed Sullivan saw the piece on the 'CBS Evening News' and let them know the Beatles would be on his program in February. The network news coverage prompted one Washington, D.C., radio station to start playing the Beatles, and the band became a sensation during the holiday season."

By the time the Beatles arrived in New York City for the "Ed Sullivan Show" performance, their music had taken over the airwaves in the United States, providing a huge audience, 73 million people, for the Sunday night broadcast.

Mike Conway is an associate professor in the IU School of Journalism and author of "The Origins of Television News in America: The Visualizers of CBS in the 1940s." He can be reached at 812-856-1371 or [email protected].