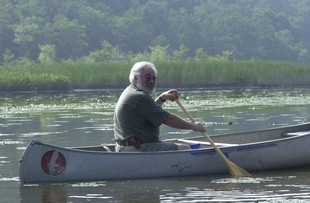 Newswise — Jeffrey S. Levinton, Distinguished Professor in the Department of Ecology and Evolution at Stony Brook University and the senior author of the study done with Sharon T. Pochron, Adjunct Professor in the Department of Anthropology at Stony Brook University, found that mercury in common Hudson River fish including striped bass, yellow perch, largemouth bass, smallmouth bass and carp, has declined strongly over the past three decades. The finding was reported in the August issue of the journal Environmental Toxicology and Chemistry*.

Levinton's research indicates that the trends are in line with the remarkable recovery that the Hudson River has experienced over the past few decades, now that activist groups, government officials and industry are beginning to cooperate to help clean up the river system.

The conclusions were extracted from a large database of mercury analyses of fish fillets accumulated by the New York State Department of Environmental Conservation and collected over much of the length of the Hudson from New York City waters to the Adirondack watershed.

"Mercury concentrations declined two- to three-fold from 1970 to 2005 which is encouraging proof that various reductions of mercury inputs are having measurable effects on living resources," says Dr. Levinton. "The decline correlates with a reduction in the burning of garbage, reductions of atmospheric inputs and reductions of mercury found in Hudson River sediments by other investigators."

Researchers continue to work to confirm the source of the mercury. Currently, all mercury analyses point to a source upstream, perhaps from the Adirondack watershed or an industrial source. In all 11 species, mercury concentrations increase toward the north but the source is not clear.

"Fish which are more mobile appear to be transporting this mercury from the source to greater distances downstream, which means that a toxic source can have broad ranging effects over many miles of an estuarine and even coastal system," says Levinton. "This fits with previous results from our research, showing that blue crabs carried cadmium far downstream the Hudson from a restricted localized source."

*Editor's Note: /The article is currently available online at http://www.setacjournals.org/perlserv/?request=get-toc&issn=1552-8618&volume=27&issue=8.