This is the first comprehensive genomic study of cervical cancers in sub-Saharan Africa, with a focus on tumors from 212 Ugandan patients. The findings can lead to better treatments. 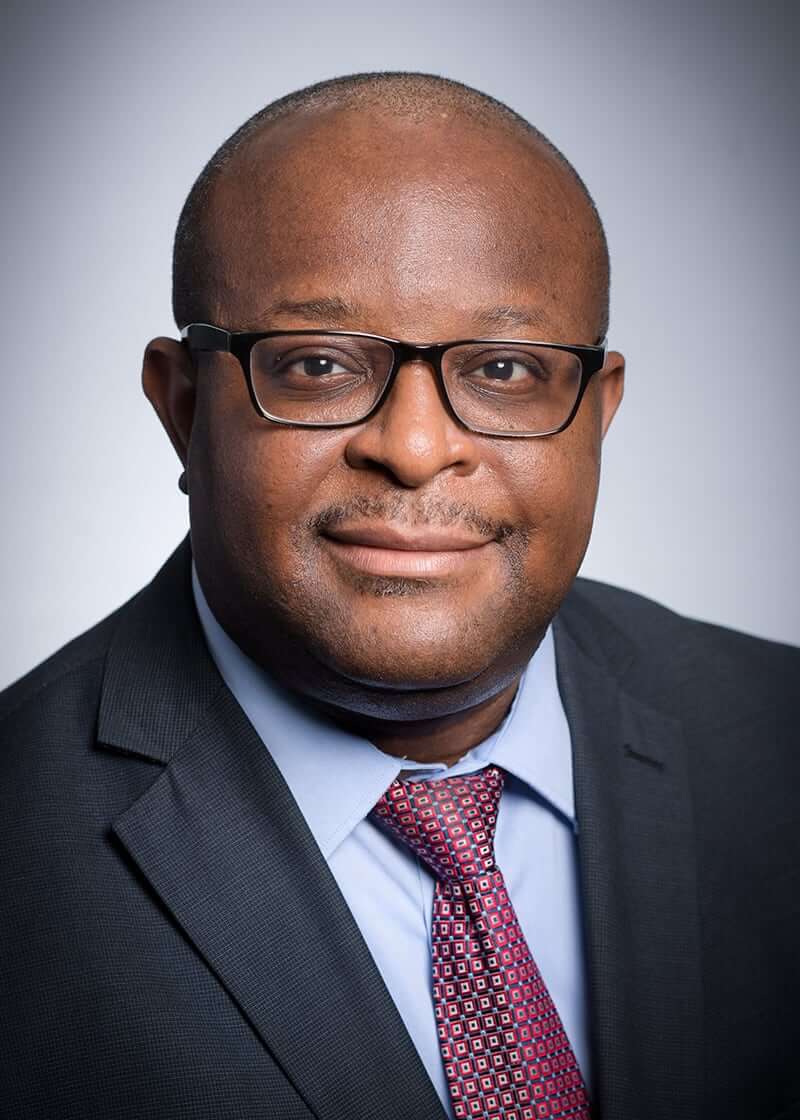 Newswise — BIRMINGHAM, Ala. – Cervical cancer kills more than 300,000 middle-aged women a year, and 19 of the 20 nations with the highest death rates are sub-Saharan countries.

Now an international team, including Akinyemi I. Ojesina, M.D., Ph.D., University of Alabama at Birmingham, has published the first comprehensive genomic study of cervical cancers in sub-Saharan Africa, with a focus on tumors from 212 Ugandan patients with cervical cancer.

Ojesina is one of five researchers who jointly supervised this work, which was published in Nature Genetics.

“Large-scale genomics studies like this are important,” the co-authors say in the study, “particularly in under-represented ancestry groups, to understand molecular phenotypes of these cancers, which can lead to improved treatment options.”

“This study is novel as the first cervical cancer study in which the majority of patients were positive for HIV — the virus that causes AIDS,” said Ojesina, who is an assistant professor of epidemiology in the UAB School of Public Health, an associate scientist with the O’Neal Comprehensive Cancer Center at UAB and adjunct faculty investigator at the HudsonAlpha Institute for Biotechnology, Huntsville, Alabama. “This allowed identification of genomic features that distinguish HIV-positive and HIV-negative patients.”

Cervical cancer develops in the tissues of the cervix, the narrow lower end of the uterus. Persistent infection by human papilloma virus, or HPV, is necessary, but not sufficient, to cause the cancer. The cancer can be prevented with an HPV vaccine, and it can be detected early by Pap smears. But these resources are scarce in lower- and middle-income areas that have a lot of HIV infections.

Genomic analysis of cancers is a complicated business. This study included analyses at many different levels.

Researchers started by looking at mutational changes in the DNA of the tumor cells. Restricting that hunt just to locations in the genome that code for expressed portions of genes is a simpler way to search. But the current study, Ojesina said, “is the first cervical cancer study to focus on whole genome sequencing of all samples — as opposed to whole exome — leading to identification of noncoding alterations.”

Another level of analysis was looking at expression of gene transcripts to see which genes were overexpressed and which were down-regulated. This helps identify pathways used by the tumor to drive cancer growth, and that, in turn, can suggest possible treatments.

Part of the expression analysis also involved looking at non-mutational, or epigenetic, changes that can affect gene regulation. These included looking for the addition or removal of methyl groups on DNA bases, or changes in the methylation or acetylation of the histone proteins that help compact the human chromosome. Histone variants that can regulate gene expression were found in various tumors of the Ugandan study.

Another part of the genomic analysis was finding which types of HPV were in the tumor. Two HPV types commonly associated with cervical cancer are HPV-16 and HPV-18. Each virus type has variants, all descended from a common ancestor, and those variants that are from a single HPV type are called a clade. The variants for HPV-16 are contained in clade A9, and the variants for HPV-18 are contained in clade A7. The current study was able to describe molecular characteristics associated with each clade, including clusters of differential gene expression and clade-associated dysregulation. The A7-infected tumors, for example, showed gene expression patterns that pointed to pathways linked to extracellular matrix, cell adhesion and migration, which are signs of a more aggressive tumor.

The current study also found differences among the tumors, depending on whether the HPV was inserted into human chromosomes or not. For HPVs that were inserted into the chromosomes, the locations of the insertions differentially affected gene expression.

And finally, the researchers found that certain insertions in the Ugandan tumors led to expression of endogenous retroviral sequences, and upregulation of these sequences was associated with histone modifications. These endogenous retrovirus sequences — found in normal chromosomes — are remnants of ancient retroviral infections that make up about 8 percent of the human genome. Normally they are silenced in human cells, but they can be activated in human disease.

Myriad details from all the levels of genomic analysis outlined above are described in the study, “Analysis of Ugandan cervical carcinomas identifies human papillomavirus clade-specific epigenome and transcriptome landscapes.”

“This international study was funded by the National Cancer Institute Office of Cancer Genomics under the auspices of the HIV+ Tumor Molecular Characterization Project, or HTMCP,” Ojesina said. “The bulk of the analysis was done by Marco Marra, Ph.D., and his colleagues at BC Cancer, Vancouver, British Columbia, Canada. But my team at UAB played a vital role in identifying somatic genomic alterations and unique HPV-associated features. The other UAB personnel involved in the project as members of the HTMCP Cervical Cancer Working group include Vinodh Srinivasasainagendra, Aishwarya Sundaresan and Jianqing Zhang.”

About UAB
Known for its innovative and interdisciplinary approach to education at both the graduate and undergraduate levels, the University of Alabama at Birmingham, a part of the University of Alabama System, is an internationally renowned research university and academic medical center, as well as Alabama’s largest employer, with some 23,000 employees, and has an annual economic impact exceeding $7 billion on the state. The pillars of UAB’s mission include education, research, innovation and economic development, community engagement, and patient care. Learn more at www.uab.edu.