Ancestor of Arthropods Had the Mouth of a Penis Worm 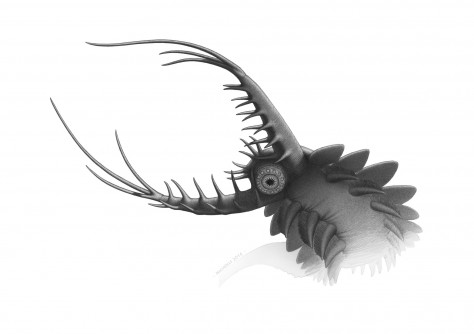 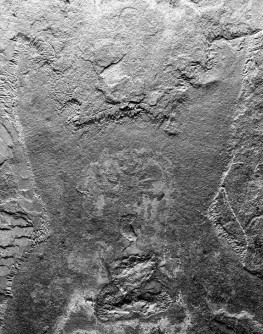 Newswise — Imagine a meter long worm with 12 stubby legs and matching sets of flaps running down the body. On the head is a large pair of spiny appendages used for grasping prey that transport victims into a circular mouth with several rows of teeth. For years, scientists have disagreed over whether this mouth belonged to the Anomalocaris, the largest sea predator from the Cambrian Period, or was comparable to the penis worm, a subset of priapulids, a category of marine worms that were diverse in the Cambrian.

Now fresh evidence has led scientists from the University of Bristol and the Natural History Museum to resolve the mystery, discovering that the mouth apparatus was attached to a primitive relative to the arthropods, called Pambdelurion.

“The mouth is a spitting image of the Sarlacc from Star Wars,” says Bristol University’s Dr Jakob Vinther, referring to the beast with the gaping mouth in the sand dunes of Tatooine in the ‘Return of the Jedi’.

During a series of expeditions to North Greenland, the team of researchers unearthed exquisite fossil specimens of Pambdelurion, an extinct relative of modern arthropods, which lived in the oceans 520 million years ago. These fossils now form the mountains of the northernmost part of Greenland. Vinther, an expert in macroevolution from Bristol’s School of Earth Sciences and School of Biological Sciences, and his team found that the mouth of the Pambdelurion perfectly match the plates seen in Omnidens, a large mouth apparatus from China.

Their findings are published today (26 September) in the journal ‘Palaeontology’ (Wiley).

“This solves a mystery for the affinities of this giant mouth and demonstrates that the two previous hypotheses – whether the mouth belongs to Anomalocaris or a penis worm - are not exactly right, but not entirely wrong either,” says Vinther.

The authors used the complete specimens of Pambdelurion to calculate the likely size of Omnidens, and found that Omnidens would have grown to at least a meter long. Both creatures were likely living on the seafloor, and are more closely related to living arthropods.

“What we see in these arthropod ancestors is the same kind of mouth as in penis worms – right down to details of the rings of teeth and plates - and we argue that this was present in the last common ancestor,” adds co-author Greg Edgecombe, from the Natural History Museum.

“It seems as if nowhere was safe back in the Cambrian,” adds co-author Fletcher Young, a former Bristol masters student. “No matter whether you lived in the water column or on the seafloor there was a big, ugly beast that would devour you.”

The Cambrian saw an explosion of animal life. The escalation in diversity and variation in body plans are hypothesized to have been driven partly by the appearance of predation, which may have become a viable strategy due to an increase in oxygen. This is believed to have facilitated the growth of more active life modes and the ingestion of large quantities of food. Predators, such as Pambdelurion and anomalocaridids were the organisms that fuelled this explosion of life.ENDS

Notes: To arrange an interview with Jakob Vinther, contact Aliya Mughal in the University of Bristol Press Office on +44 (0)117 331 8092 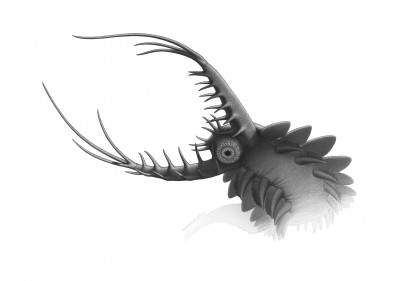 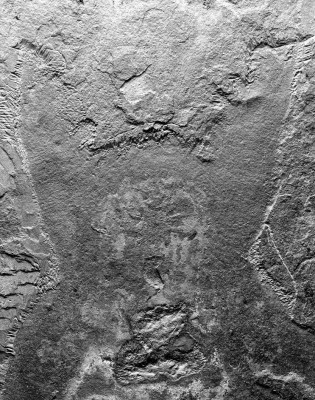