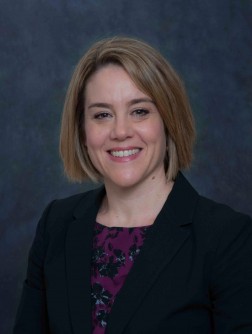 In her new position, Davidson will be responsible for providing overall direction for advancing the Institute’s philanthropy goals and initiatives. She will oversee philanthropy operations, fundraising activities and develop and steward strategic donor relationships and alliances.

“We are fortunate to have an experienced and strategic development expert like Andrea join the Institute,” says Perry Nisen, CEO of SBP. “She understands the philanthropic community, and we are confident she will have a tremendous impact on the organization.”

About SBPSanford Burnham Prebys Medical Discovery Institute (SBP) is an independent nonprofit medical research organization that conducts world-class, collaborative, biological research and translates its discoveries for the benefit of patients. SBP focuses its research on cancer, immunity, neurodegeneration, metabolic disorders and rare children’s diseases. The Institute invests in talent, technology and partnerships to accelerate the translation of laboratory discoveries that will have the greatest impact on patients. Recognized for its world-class NCI-designated Cancer Center and the Conrad Prebys Center for Chemical Genomics, SBP employs about 1,100 scientists and staff in San Diego (La Jolla), Calif., and Orlando (Lake Nona), Fla. For more information, visit us at SBPdiscovery.org or on Facebook at facebook.com/SBPdiscovery and on Twitter @SBPdiscovery.