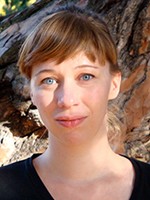 Newswise — EVANSTON, Ill. --- Those who rage with frustration during a marital spat have an increased risk of cardiovascular problems such as chest pain or high blood pressure later in life, according to new research from Northwestern University and the University of California, Berkeley.

Conversely, shutting down emotionally or “stonewalling” during conflict raises the risk of musculoskeletal ailments such as a bad back or stiff muscles, according to the study, published online in the journal Emotion.

It’s well known that negative emotions may harm physical health, but it turns out that not all negative emotions have equal consequences. Using 20 years of data, and controlling for such factors as age, education, exercise, smoking, alcohol use and caffeine consumption, the researchers were able to connect specific emotions to corresponding health problems.

“Conflict happens in every marriage, but people deal with it in different ways," said study lead author Claudia Haase, an assistant professor of human development and social policy in Northwestern's School of Education and Social Policy. "Some of us explode with anger while some of us shut down. Our study shows that these different emotional behaviors can predict the development of different health problems in the long run.”

Overall, the link between emotions and health outcomes was most pronounced for husbands, but some of the key correlations also were found in wives. The researchers analyzed married couples in the throes of tense conversations for just 15 minutes, but that was long enough to predict the development of health problems over 20 years later.

The findings could spur hotheads to consider such interventions as anger management, while people who withdraw during conflict might benefit from resisting the impulse to bottle up their emotions, the researchers said.

“Our findings reveal a new level of precision in how emotions are linked to health, and how our behaviors over time can predict the development of negative health outcomes,” said UC Berkeley psychologist Robert Levenson, senior author of the study.