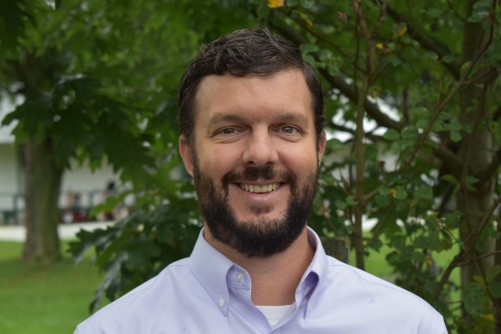 Newswise — PHILADELPHIA (October 18, 2018) – Saint Joseph’s University announced the appointment of Angus Murray, a seasoned nonprofit leader with deep experience in supporting children and young adults with autism and disabilities, as executive director of the Kinney Center for Autism Education and Support, effective November 5. In this role, Murray will build on Kinney’s national reputation and 10-year track record as a leader and forerunner in autism education, support services, training and job creation, field work and research.

“Mr. Murray comes to Saint Joseph’s with proven experience in building programs and leading organizations that serve individuals with autism and a variety of physical and developmental disabilities,” says Jeanne Brady, Ph.D., provost and vice president for academic affairs at Saint Joseph’s University. “I am confident that the Kinney Center, a national leader in autism and a centerpiece of the University’s new School of Health Studies and Education, will continue to advance under his purview, and alongside recently appointed academic director Dr. Joseph McCleery.”

The Kinney Center offers undergraduate programs such as the SCHOLARS program, offering students extensive training to work directly with individuals with autism. For students diagnosed with autism spectrum disorder, the Kinney Center’s ASPIRE program assists in their transition to college and provides necessary social and academic support through graduation. In Kinney’s next phase of development, the Center will partner with several leading local, national and international clinicians and researchers to further enhance its services and to support and establish novel evidence-based practices for use by the larger autism service community.

Murray will lead the Kinney Center’s mission of providing evidence-based programs to improve the lives of people with autism while educating the autism professionals of tomorrow. He will have direct oversight of 11 staff that run Kinney’s social skills, summer camp, peer mentoring, educational support, day and adult transition programs.

Prior to joining Saint Joseph’s University, Murray served as the chief executive officer of Variety – The Children’s Charity, directing all aspects of the non-profit serving children with serious illness, disability or disadvantage. Prior to his role as CEO, he worked in multiple leadership roles at the same organization as chief operating officer and managing director.