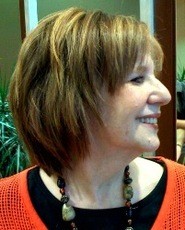 Newswise — Was Anne Boleyn a victim or a vixen " or something else entirely? University of Kentucky professor Susan Bordo examines pop culture, history and the tensions facing women today as she looks for the answer.

In an upcoming article for the Chronicle Review, published by the Chronicle of Higher Education, Bordo focuses on two recent portrayals of Boleyn: one by actress Natalie Dormer in the popular Showtime series "The Tudors," and the other by Natalie Portman in the movie "The Other Boleyn Girl." In both cases, Boleyn is played as a seductress. Dormer appears in dresses Bordo describes as "designed more for a Pussycat Doll than a Tudor queen."

Yet the treatment of Boleyn in "The Tudors" is kind compared to that in "The Other Boleyn Girl," which depicts her as a scheming and murderous opportunist.

Painting Anne Boleyn as an object of scandal is nothing new. In her own time, her enemies called her "the Great Whore." But Bordo points out that we know very few actual facts about Boleyn, her character or her motivations. Some historians see Boleyn as an innocent victim, manipulated by her male relatives for their own political purposes. Others view her as a religious reformer, or a woman genuinely in love with Henry VIII.

Bordo contends that how we see Anne Boleyn says a lot about ourselves. Early Twentieth-century depictions of Boleyn often rendered her as a martyr to the voracious Henry and his quest for a male heir.

"Nowadays, loosened up by 'postfeminist' scorn for political correctness, we're once again going for the temptress/bitch image of Anne's own time"¦" writes Bordo.

Bordo, who is writing a book about Anne Boleyn, closes her Chronicle Review article with the following paragraphs about Hollywood's current fascination with complex female characters:

"Identification with such tensions — between convention and individuality, femininity and drive, love and self-actualization — and the bravery required to remain one's own contradictory self in a world that still trades in victims and vixens — may be one reason why contemporary female audiences have taken so eagerly to recent films about historical figures like Elizabeth, Marie-Antoinette, Jane Austen, Virginia Woolf — and even Beatrix Potter. Still others are due soon: Emily Blunt as young Queen Victoria, Keira Knightley as Georgiana, Duchess of Devonshire, Scarlett Johansson as Mary Queen of Scots.

The rhetoric of postfeminism claims that you can 'have it all,' and television shows like 'Sex and the City' perpetuate the myth. Elizabeth, Austen, and others, speaking safely from other times but in language that still communicates powerfully to women, dramatize the struggles that we don't like to admit endure. But that surely do. Perhaps the next Boleyn girl will finally admit Anne into the company of such complex women, where she belongs."

Bordo's article is currently available to Chronicle subscribers online at http://chronicle.com/weekly/v54/i30/30b00102.htm. It will appear in the April 11 print edition of the Chronicle Review.