Annual Pap Test a ‘Thing of the Past?’ 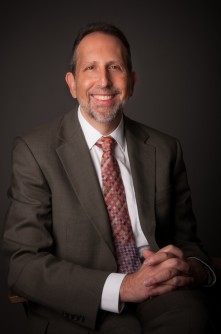 Lee A. Learman, M.D., Ph.D., a leading obstetrician/gynecologist and senior associate dean for Graduate Medical Education and Academic Affairs and a professor at FAU’s Schmidt College of Medicine, is lead author of the editorial in JAMA.

Newswise — The United States Preventive Services Task Force (USPSTF) has released new recommendations on screening for cervical cancer. These latest recommendations continue the trend of decreasing participant burden by lengthening screening intervals, making the “annual Pap” a historical artifact. Since its introduction 75 years ago, exfoliative cytology commonly known as the Pap test has been the “gold-standard” screening test for cervical cancer.

In the current issue of the Journal of the American Medical Association (JAMA), the USPSTF, an independent panel of experts in primary care and prevention, updates its 2012 recommendations for cervical cancer screening with one important addition. This is the first time the USPSTF has recommended a method of cervical cancer screening that does not include the Pap test.

A leading obstetrician/gynecologist Lee A. Learman, M.D., Ph.D., senior associate dean for Graduate Medical Education and Academic Affairs and professor at Florida Atlantic University’s Schmidt College of Medicine, is lead author of an editorial in this JAMA issue. Learman and co-author Francisco A.R. Garcia, M.D., M.P.H., a distinguished professor at the University of Arizona Cancer Center, provide a history of cervical cancer screening and an overview of the new USPSTF recommendations, which open avenues for new tools and opportunities that benefit both clinicians and patients.

The new USPSTF guidelines recommend that women ages 21 to 29 years be screened for cervical cancer every three years with the Pap test alone. This recommendation remains unchanged from 2012. For women ages 30 to 65 years, the USPSTF recommends screening for cervical cancer with primary high-risk human papillomavirus (hrHPV) test alone every five years. As an option, they also recommend the previous guideline of hrHPV test and Pap test together (co-testing) every three years.

What was novel in the 2012 USPSTF recommendations was that women ages 30 to 65 years were given the option for the first time to be screened with hrHPV test and Pap test together every five years to lengthen their screening interval. The 2018 recommendations go one step further by including, for the first time, the option of hrHPV testing alone, without a Pap test, every five years.

The table in the new USPSTF recommendations also acknowledges an important trade-off. Co-testing is slightly better than primary hrHPV testing at detecting precancerous lesions but is associated with increased tests and diagnostic procedures that may not benefit the patient and have real costs to the health care system. Pap tests detect changes in cervical cells that could indicate the presence of pre-cancer or cancer, while HPV tests detect the genetic material or DNA of the high-risk types in cervical samples.

“The current guidelines preserve the greatest range of choices for practitioners and patients; in the sense that both will benefit,” said Learman. “More efficient cervical cancer screening every three to five years will liberate time at the annual visit to discuss prevention of other cancers and chronic diseases that disproportionately burden women.”

Because most high-risk HPV infections among healthy individuals are cleared spontaneously without intervention, over the years, screening and clinical management recommendations have become more conservative in general and for young women in particular.

“Despite many advances such as the HPV prophylactic vaccine, for now, high-quality screening remains an essential tool in the prevention of cervical cancer,” said Learman. “With the new recommendations come new demands on patients, especially those who bear the greatest disease burden from cervical cancer: women from low socioeconomic backgrounds, women from communities of color, and other women with compromised access to timely and effective care.”

Nearly all cases of cervical cancer are caused by infection with oncogenic, or high-risk, types of HPV. Cervical cancer is the fourth most common cancer in women worldwide. In 2012, 10 percent of women in the United States ages 21 to 65 years (an estimated 8 million women) reported not being screened for cervical cancer in the past five years. From 2012 to 2016, there was a continued decline in the number of women receiving cervical cancer screening. In addition, 10 years after approval of the first HPV prophylactic vaccine in the U.S., only 43 percent of adolescents (50 percent of girls and 38 percent of boys) were up to date with the HPV vaccination guidelines, compared with 88 percent for tetanus, diphtheria, and acellular pertussis vaccine.

FAU’s Charles E. Schmidt College of Medicine is one of approximately 151 accredited medical schools in the U.S. The college was launched in 2010, when the Florida Board of Governors made a landmark decision authorizing FAU to award the M.D. degree. After receiving approval from the Florida legislature and the governor, it became the 134th allopathic medical school in North America. With more than 70 full and part-time faculty and more than 1,300 affiliate faculty, the college matriculates 64 medical students each year and has been nationally recognized for its innovative curriculum. To further FAU’s commitment to increase much needed medical residency positions in Palm Beach County and to ensure that the region will continue to have an adequate and well-trained physician workforce, the FAU Charles E. Schmidt College of Medicine Consortium for Graduate Medical Education (GME) was formed in fall 2011 with five leading hospitals in Palm Beach County. In June 2014, FAU’s College of Medicine welcomed its inaugural class of 36 residents in its first University-sponsored residency in internal medicine and graduated its first class of internal medicine residents in 2017.