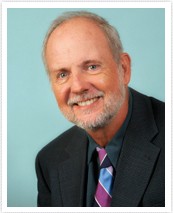 Nova Southeastern University (NSU) is home to a leading, nationally renowned expert in the subject of school violence who is available to help media who are working on related stories.

Scott Poland, Ed.D., a professor at Nova Southeastern University's Center for Psychological Services, is a nationally recognized expert on school crisis, youth violence, suicide intervention, self-injury, school safety, threat assessment, parenting and the delivery of psychological services in schools. He is a founding member of the National Emergency Assistance Team for the National Association of School Psychologists and serves as the Prevention Director for the American Association of Suicidology. He has led multiple national crisis teams following numerous school shootings and suicides and has assisted schools and communities after terrorism acts in New York, Washington, D.C. and Oklahoma. Poland served as the team leader of the crisis response team sent to Jefferson County Public Schools during the aftermath of the Columbine High School shootings.