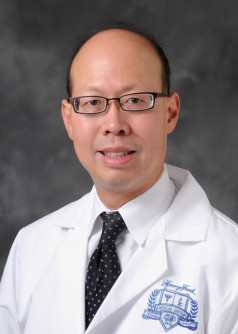 Newswise — DETROIT – An antibiotic therapy known to reduce catheter-related bloodstream infections in hemodialysis patients has been shown for the first time to reduce mortality, according to a Henry Ford Health System study.

Bloodstream infections are a leading cause of hospitalization and death in hemodialysis patients.

The findings are published online in the Clinical Journal of the American Society of Nephrology at http://bit.ly/1nZlCpd, and will appear in the journal’s July print edition. An editorial accompanies the study.

Jerry Yee, M.D., division head of Nephrology and Hypertension at Henry Ford and the study’s senior author, says the findings suggest the antibiotic therapy is a potential game-changer for hemodialysis treatment.

“Advances in treatment have been elusive over the years. Perhaps our study can be a starting point to change the paradigm as a standard of care,” Dr. Yee says. “The gentamicin/citrate solution was shown to be both safe and effective.”

For their prospective, observational study involving 749 patients from September 2008 to June 2011, researchers compared the two therapeutic solutions. There were 427 patients in the heparin study arm and 322 in the gentamicin/citrate arm. The solutions were administered using an antibiotic locking-technique that prevents catheter clotting and reduces infection.

Multiple studies have shown the benefit of using an antibiotic locking strategy for reducing bloodstream infections. However, the Centers for Disease Control and Prevention and Infectious Diseases Society of America do not recommend the use of the solutions amid concern of a potential antimicrobial resistance with gentamicin/citrate. However, Henry Ford researchers found that gentamicin resistance rates deceased two-fold.

The study was funded by Henry Ford Health System.

Clinical Journal of the American Society of Nephrology