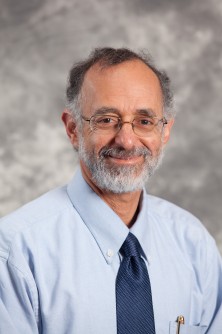 Newswise — LOUISVILLE, Ky. – In patients with rapid-cycling bipolar disorder, antidepressants can increase incidents of depression and mood cycling. Rif S. El-Mallakh, M.D., director of the Mood Disorders Clinical and Research Program at the University of Louisville, along with Nassir Ghaemi, M.D., of Tufts University and other researchers, conducted the first randomized clinical trial that analyzes how modern antidepressants affect patients with rapid-cycling (RC) bipolar disorder (BD). The results are published in this month’s issue of Journal of Affective Disorders.

The research was conducted within the Systematic Treatment Enhancement Program for Bipolar Disorder (STEP-BD) study, in which patients were classified as either rapid cycling or non-rapid cycling. Patients in both groups received standard mood stabilizers.

“Whether or not antidepressants cause rapid cycling in BD is a controversial issue,” the authors said in the article. “Antidepressants are the most commonly prescribed class of medication in BD. If they cause or worsen rapid cycling, found in about 25 percent of patients with BD, this presents a major public health problem. Safely and effectively treating rather than exacerbating mood episodes in the most severely ill among this patient population is a priority.”

Physicians and researchers have debated for years about whether antidepressants should be used over long periods of time for patients with bipolar disorder.

El-Mallakh, professor of psychiatry in the UofL School of Medicine, has published articles on several situations in which continued use of antidepressant medications potentially was detrimental.

In a 2008 article in Journal of Affective Disorders, El-Mallakh described a condition he attributed to long-term antidepressant use which he called “antidepressant-associated chronic irritable dysphoria” (ACID). In the article, El-Mallakh cited a number of patients who took antidepressants for long periods of time and subsequently developed a consistent state of low mood, irritability and sleep disturbance. These symptoms were relieved when the patients discontinued antidepressants.

In a 2011 article in Medical Hypothesis, El-Mallakh analyzed data on patients whose depression initially improved with antidepressants, but later worsened. He hypothesized that some patients experienced a condition he called “tardive dysphoria,” in which antidepressants lose their effectiveness and may actually induce depression with long-term use.

“Antidepressants are useful medications, and you don’t know if someone will be rapid cycling when you begin treating them. However, if someone has rapid cycling, you want to avoid using these drugs because the medication will probably increase mania, cycling and depression,” El-Mallakh said.