Antihistamines Affect Exercise Recovery, May or May Not Be a Problem

University of Oregon research identifies 3,000 genes that are busy after exercise, including 795 that are altered by strong doses of histamine blockers 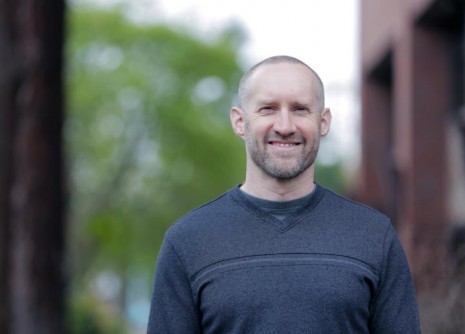 John R. Halliwill, director of the Exercise and Environmental Physiology Lab at the University of Oregon, was part of a 10-member research team that identified genes associated with post-exercise recovery. His team found that high dosages of antihistamines, which block histamine receptors, had a dulling effect on 27 percent of the genes.

Newswise — EUGENE, Ore. -- April 14, 2016 -- After vigorous exercise, some 3,000 genes go to work to aid recovery by boosting muscles and blood vessels, but in the presence of high doses of antihistamines almost 27 percent of the gene response is blunted, according to University of Oregon researchers.

Whether the antihistamine effect on 795 affected genes might suggest a problem for competitive athletes and devoted exercisers, however, is not known, said John R. Halliwill, professor of human physiology. He was one of 10 co-authors of the study now online ahead of print in the Journal of Physiology.

Histamine is a substance in the body that responds to pollens, molds, animal dander, insect bites and other allergens. Too much response in some people fuels uncomfortable allergic reactions, prompting the use of antihistamines.

Halliwill discovered in 2005 that histamines also relax blood vessels, increasing blood flow that aids post-exercise recovery. That emerged from his original focus on why some people, including athletes, pass out after vigorous physical exertion. He later found a link between an over-activation of two histamine receptors to drops in blood pressure.

The new study -- led by doctoral student Steven A. Romero and in collaboration with Hans Dreyer, a departmental colleague who studies muscle physiology -- expanded the research to a wider genetics level. Researchers sequenced RNA, molecules essential for protein synthesis and signaling among genes, with state-of-the-art equipment in the UO's Genomics Core Facility.

"We were looking for pathways associated with the growth of new blood vessels," said Halliwill, who is director of the department's Exercise and Environmental Physiology Lab. "We saw evidence of that, but we also saw gene expression associated with glucose uptake by muscles, restructuring of muscle in response to exercise, immune responses and intercellular communications."

In the research, 10 men and six women, all 23-25 years old, physically fit and active, performed an hour of knee-extension exercise at 60 percent of their peak power, about 45 kicks per minute. Biopsies were done before and three hours after exercise to obtain samples of the quadriceps (vastulus lateris), skeletal muscles on the side of the thighs.

Eight participants took 540 milligrams of fexofenadine and 300 milligrams of ranitidine -- levels nearly three times the recommended dosages of the over-the-counter antihistamines. Each target one of the two known histamine receptors involved in recovery responses.

The antihistamines had no effect prior to exercise and little influence on gene expression at the conclusion of the workout. Three hours after exercise 88 percent of the 795 genes affected by the antihistamines mostly responded with lower levels of expression.

"Histamine, a substance that we typically think of negatively and is most often associated with seasonal allergies, is an important substance contributing to the normal day-to-day response to exercise in humans," said Romero, who is now at the University of Texas Southwestern Medical Center in Dallas on a postdoctoral fellowship from the National Institutes of Health.

In their conclusion, the authors noted that the research highlighted only a small fraction of genes likely involved in signaling pathways influenced by histamine receptors activation during recovery.

"Our data really highlight that there remain many unanswered questions regarding the use of exercise to promote beneficial adaptations in humans, Romero added. "Integrative physiologists from across the world have spent a great deal of effort conducting elegant studies in humans and yet we still have much work left to do."

A key question is whether people should avoid taking antihistamines when they exercise. It's too early to make that call, Halliwill said.

"We've got more work that we have to do," he said. "We need to do a training study in which we put people on histamine blockers and see if their adaptations to exercise training are as robust or diminished. There are a lot of redundancies in physiological systems. I wouldn't be surprised if blocking histamine receptors ends up being overcome by something else, but I also wouldn't be surprised if we can demonstrate that some responses to exercise training do become blunted if you take high doses of histamine blockers."

Note: The UO is equipped with an on-campus television studio with a point-of-origin Vyvx connection, which provides broadcast-quality video to networks worldwide via fiber optic network. There also is video access to satellite uplink and audio access to an ISDN codec for broadcast-quality radio interviews.