Aphasia: A Disruption in Communication 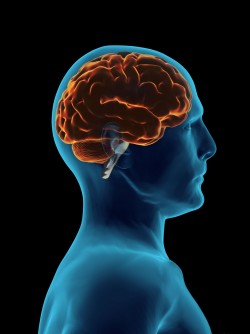 Newswise — Ever heard of aphasia?

Most people who are familiar with the term associate it with stroke (i.e., brain damage caused by disrupted blood flow to the brain). But aphasia, an impairment of language, is not always caused by stroke. Really, a variety of brain conditions, including neurodegenerative diseases (brain disorders that worsen over time), can cause aphasia.

“Most people are well aware that memory loss is a common primary symptom of Alzheimer’s disease. However, for many individuals with neurodegenerative disorders such as Alzheimer’s, language decline can be just as problematic,” says S. Marc Testa, Ph.D., a neuropsychologist at The Sandra and Malcolm Berman Brain & Spine Institute.

How aphasia impairs communication, who gets it, and what causes it

Aphasia affects more than 2 million Americans, according to the National Aphasia Association. It is an acquired language disorder brought on by specific damage to the left half of the brain, or as Testa says simply, “a disruption in communication.”

“It can disrupt how people express themselves, but it can also disrupt how well people understand what others are saying to them,” he says.

Aphasia may affect a single form of communication—be it the ability to put together complete sentences, find the right words, or read and write—but most commonly impairs multiple language uses simultaneously. The condition is most common among middle-aged and older people, but it is possible for younger people to acquire it. Language impairments can range from mild to very severe, depending on which areas of the brain are affected.

“It is important to note that aphasia, while a communication disorder, is not a reflection of someone’s intelligence,” says Ann Marie Arena, MS, CCC-SLP, CBIS, an outpatient speech-language pathologist at Sinai Hospital. “For example, some individuals with aphasia may return to driving.”

Testa adds, “It may very well be that some persons can understand everything going on around them, but they just can’t express themselves.”

Stroke is the most common cause of aphasia (though it is possible one can suffer a stroke without developing aphasia). However, aphasia can also be caused by a head trauma or injury, tumors, brain infections or progressive neurologic conditions that eventually cause dementia.

One aphasia syndrome in particular, primary progressive aphasia, is caused by neurodegenerative diseases such as Alzheimer’s or frontotemporal lobar degeneration, resulting from the loss of brain cells that are vital for communication.

“People should be aware that brain conditions other than stroke can cause aphasia,” Testa says. “Because the left hemisphere is so central to language, disruption to that area of the brain can cause language problems. It doesn’t matter what causes the disruption; that there is disruption, if it’s significant enough, can lead to aphasia.”

Subtypes of aphasia include:

Some people with aphasia improve over time without treatment. For many, however, communication problems can last a long time.

How caregivers and loved ones can help

Group therapy also is incorporated to help caregivers and family members learn how to best communicate with patients. Often, families are encouraged to use strategies such as speaking in short, simple sentences; repeating key words or writing them down to clarify their meaning as needed; speaking in a natural conversational tone appropriate for an adult; and avoiding correcting the patient’s speech.

“Gestures and facial expressions can enhance the understanding of a message, and eliminating background noises and distractions helps to gain a better command of the patient’s attention,” says Adam Blickenstaff, MS, CCC-SLP, CBIS, an inpatient speech-language pathologist at Sinai Hospital.

Blickenstaff also recommends allowing extra time for the patient to speak and comprehend. “Try not to rush or interrupt the communication,” he says. Asking questions, when possible, to clarify what is being conveyed by the patient also helps, Blickenstaff adds. “Yes-no questions are easier for individuals to respond to as opposed to open-ended questions,” he says.