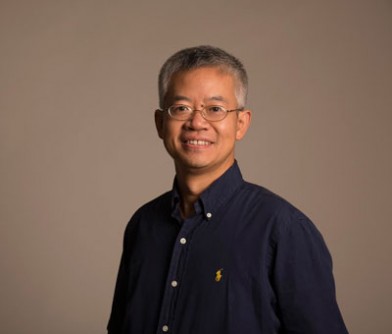 Newswise — Qiang Du, the Fu Foundation Professor of Applied Mathematics, has been elected a 2017 Fellow of the American Association for the Advancement of Science (AAAS) for his “distinguished contributions to the field of applied and computational mathematics, particularly for theoretical analysis and numerical simulations of mathematical models in various applications.” He joins 391 new fellows awarded this honor from the AAAS, which was founded in 1848 and now the world's largest multidisciplinary scientific society.

“I am honored to join this esteemed group,” says Du, who is also chair of the School’s applied math program and a member of the Data Science Institute. “This is particularly significant to me as an applied mathematician, given the broad representation of AAAS in science and engineering and its social impact. Also, most important, I am happy to share this recognition with my students, postdocs, and collaborators.”

Du’s research covers many areas of applied mathematics and computational sciences, including modeling, analysis, algorithms, and computation, with selected applications in physical, biological, materials, and information sciences. He has developed approaches to mathematically model and simulate defects and interfaces in nature, such as materials phase boundaries, cracks and fractures, biological membranes, and quantized vortices in superconductors and Bose-Einstein condensates (a state of matter with atoms cooled to temperatures close to absolute zero). He has also contributed to the design of space tessellation and mesh generation strategies, and developed mathematical models to explore hidden structure and information in images and data. He has been recognized with numerous awards and was selected to be a Fellow of the Society of Industrial and Applied Mathematics in 2013.

“It is fun to work at the interface of mathematical, computational, and data sciences and to collaborate with experts in other domains,” says Du, who leads the Computational Mathematics and Multiscale Modeling (CM3) group and has a number of ongoing interdisciplinary research projects with several Columbia colleagues. “We live in an age where the advent of computing technology is rapidly transforming our society and how mathematics get used in applications. What has intrigued me the most in my research are the challenging questions that have strong practical motivations and demand new mathematical and computational tools for their solutions.”

The new AAAS fellows will be presented with an official certificate and a gold and blue (representing science and engineering, respectively) rosette pin on February 17 during the 2018 AAAS Annual Meeting in Austin, TX.

Columbia Engineering, based in New York City, is one of the top engineering schools in the U.S. and one of the oldest in the nation. Also known as The Fu Foundation School of Engineering and Applied Science, the School expands knowledge and advances technology through the pioneering research of its more than 200 faculty, while educating undergraduate and graduate students in a collaborative environment to become leaders informed by a firm foundation in engineering. The School’s faculty are at the center of the University’s cross-disciplinary research, contributing to the Data Science Institute, Earth Institute, Zuckerman Mind Brain Behavior Institute, Precision Medicine Initiative, and the Columbia Nano Initiative. Guided by its strategic vision, “Columbia Engineering for Humanity,” the School aims to translate ideas into innovations that foster a sustainable, healthy, secure, connected, and creative humanity.