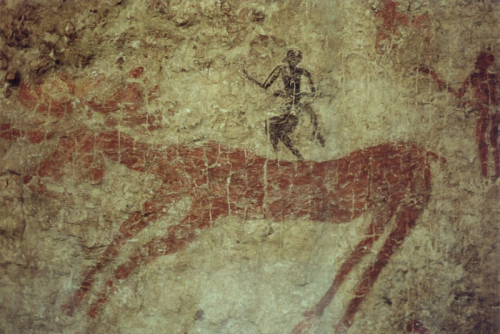 Newswise — For decades now, archaeologists wielded the tools of their trade to unearth clues about past peoples, while ecologists have sought to understand current ecosystems. But these well-established scientific disciplines tend to neglect the important question of how humans and nature interacted and shaped each other across different places and through time. An emerging field called archaeoecology can fill that knowledge gap and offer insights into how to solve today’s sustainability challenges, but first, it must be clearly defined. A new paper by Santa Fe Institute Complexity Fellow Stefani Crabtree and Jennifer Dunne, SFI’s Vice President for Science, lays out the first comprehensive definition of archaeoecology and calls for more research in this nascent but important field.

While an archaeology or palaeobiology study might examine a particular relationship, such as how humans in New Guinea raised cassowaries during the Late Pleistocene, archaeoecology takes a much broader view. “It’s about understanding the whole ecological context, rather than focusing on one or two species,” Dunne explains.

Crabtree hatched the idea for the paper in March 2020 after isolating in her father’s basement in Oregon as COVID spread across the U.S. She and Dunne, who had both worked on projects about the roles of humans in ancient food webs, realized that work didn’t fit readily in either archaeology or ecology. At the time, there was no notion in the scientific community of an area of research that deeply integrated those two disciplines. Crabtree, an archaeologist, and Dunne, an ecologist, saw an opportunity to define archaeoecology, including the role it can play in addressing the myriad challenges of the Anthropocene.

Archaeoecology, they explain in the paper, examines the past ~60,000 years of interplay between humans and ecosystems. It aims to show not only how humans impact nature, but also how the ecosystems they lived within shaped human culture and dynamics. To achieve this, archaeoecology weaves together data, questions, strategies, and modeling tools from archaeology, ecology, and palaeoecology.

“What it's doing is breaking down a traditional, but unnecessary, disciplinary separation between archaeology and ecology,” Dunne says.

Crabtree hopes the paper will encourage more scientists to pursue research in the emerging field. And with humanity facing the twin crises of climate change and biodiversity loss, archaeoecology could yield crucial insights that help us navigate our present-day environmental challenges, she says. For instance, as climate change causes Utah’s Great Salt Lake to dry up, we don’t know exactly how this will impact the larger ecosystem. However, we can look to the past for warnings about what might be in store: Through an archaeoecological lens of the Aral Sea during the height of the Silk Road, we can see more clearly how the Soviet Union’s 1960s water diversion project and the subsequent desiccation of the sea impacted the surrounding ecosystems and human communities. Similarly, an archaeological lens documents the stabilizing role that Martu Aboriginal people had on Australia’s Western Desert and the massive biodiversity loss that resulted when the people were removed from the land.

“Every ecosystem on the planet is impacted by humans in one way or another,” Crabtree says. “It's naïve to look at just the last 100 years because people have been impacting ecosystems everywhere for many thousands of years. We need to understand the past to understand our present and future. Archaeoecology helps with that. We can learn from these experiments with sustainability in the past.”