Registration is now open, and a free lunch will be given to the first 100 people to sign up. 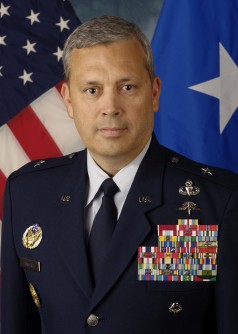 Newswise — The Archive of Modern American Warfare (AMAW) at the Texas Tech University Institute for Peace and Conflict is holding its second annual Symposium on Modern Warfare next month, and registration is now open.

Titled “Insurgency and Counter-insurgency in the Modern Era of Warfare,” the symposium will last from 8 a.m. to 5 p.m. Oct. 6 at the International Cultural Center, 601 Indiana Ave. It will feature presentations on many facets of insurgency and counter-insurgency theory and practice, including dealing with inter-jihadist relations, the insurgent’s arsenal, impediments to effective counter-insurgency, partnership building, the human terrain and more.

Retired Brig. Gen. Michael Longoria of the U.S. Air Force will present the keynote address, “The Way We Were: Forward Air Controller War Stories at the Beginning of the Two Longest Wars in Our History.” Longoria was a career forward air controller in the Air Force and a special tactics officer in Air Force special operations who spent his entire career leading battlefield airmen. He logged more than 500 combat flight hours as a close air support mission director and more than 500 parachute jumps including a combat paradrop during the invasion of Panama. In his last combat assignment, he was the commanding general of an interagency, combined and joint task force to capture or kill high-value targets in Iraq during his 12th combat tour.

Longoria has been deployed around the world and served on the staff of the National Security Council, the White House and the U.S. Department of Defense, among others. He served as the Special Assistant to the Commander for U.S. Special Operations Command and as a special liaison for U.S. Central Command to INTERPOL in Lyon, France, to place international arrest warrants on top global terrorists. He was directly involved in leading the men and women of the U.S. Air Force close air support system in Afghanistan and Iraq from October 2001 to August 2003 and then impacted air/ground development until his retirement in 2009.

Other sessions will include:

There is no cost to attend the symposium, and a free luncheon will be provided for the first 100 people to sign up. To register, interested individuals should send their full name to [email protected].