Arctic warming and diminishing sea ice are influencing the atmosphere

Researchers of the University of Helsinki have resolved for the first time, how the environment affects the formation of nanoparticles in the Arctic. The results give additional insight into the future of melting sea ice and the Arctic atmosphere 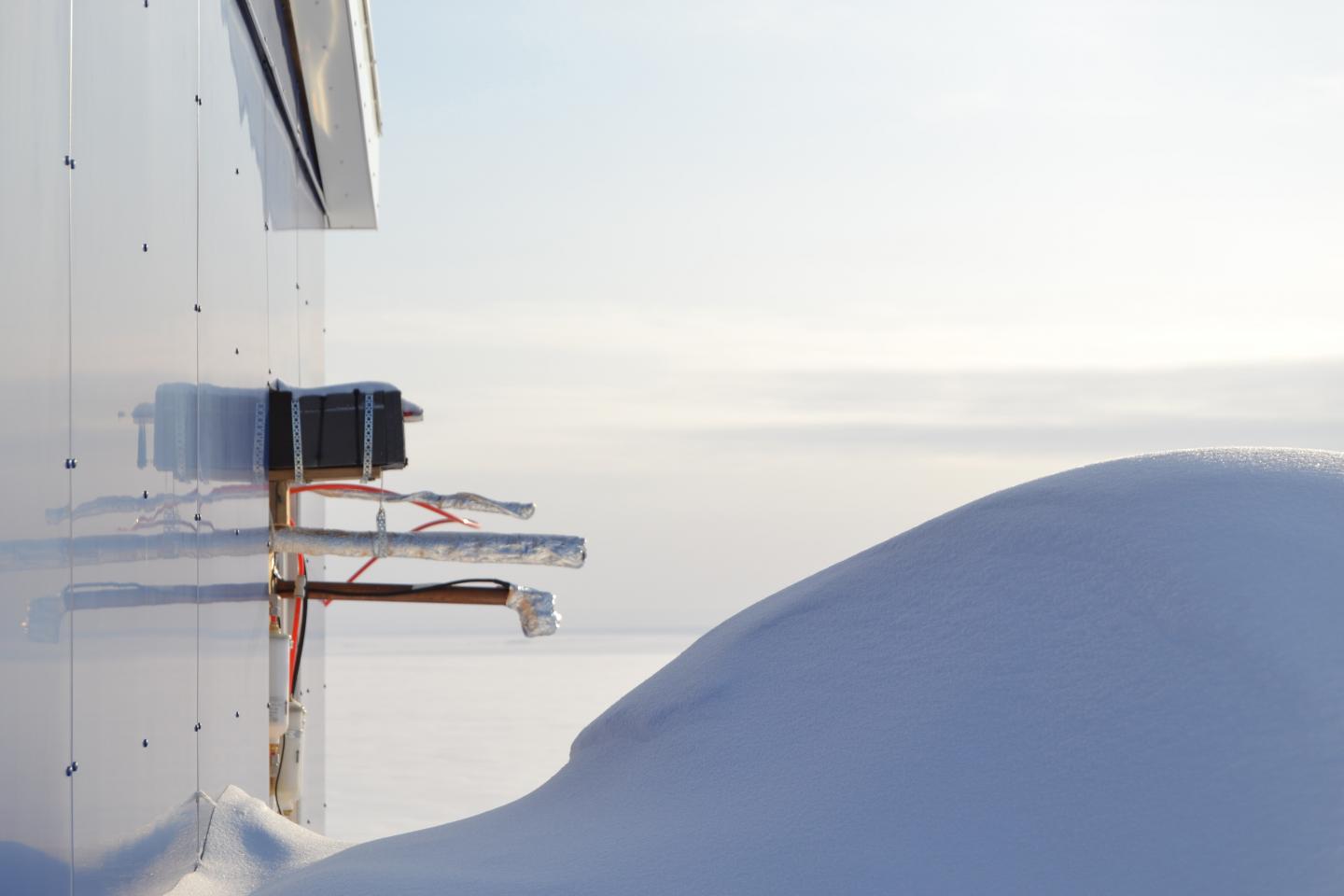 Newswise — The researchers of the Institute for Atmospheric and Earth system research at the University of Helsinki have investigated how atmospheric particles are formed in the Arctic. Until recent studies, the molecular processes of particle formation in the high Arctic remained a mystery.

During their expeditions to the Arctic, the scientists collected measurements for 12 months in total. The results of the extensive research project were recently published in the Geophysical Research Letters journal.

Higher concentrations of vapors result in a higher amount of particles. This on the other hand will lead to more clouds, which can - depending on the season and location - either slow down or accelerate the Arctic warming. Detailed knowledge of these processes is crucial in order to understand the consequences of global warming.

"Our observations are contributing to further understanding of what happens in the Arctic atmosphere due to warming. In general, atmospheric particles and clouds play an important role in regulating the atmosphere's temperature, and any changing behavior of these has consequences on Arctic warming. Arctic areas are especially sensitive to changes in cloudiness and albedo", says Lisa Beck, a doctoral student at the Institute for Atmospheric and Earth System Research (INAR).

The researchers conducted measurements in Northern Greenland at Villum research station and in Svalbard at Ny-Ålesund for 6-months at each station. While both sites are located at similar latitudes, about 1000 km south of the North Pole, their environments are very different. Villum-station is surrounded by sea ice all year round, while the warm sea currents cause the sea around Ny-Ålesund to remain open.

In Northern Greenland the researchers discovered that in the spring after the Polar night the microalgae below the sea ice started to emit iodine compounds to the atmosphere. As the spring continues, the thinning sea ice leads to the emission of even more iodine compounds. These compounds form molecular clusters that can grow into bigger particles.

In Svalbard, surrounded by open waters, the observations showed how sulfur-compounds emitted by phytoplankton could form a large amount of particles that could grow fast, and can even form cloud droplets. In the studies of Svalbard also organic compounds were detected.

The large amount and role of organic compounds in the Arctic particle formation surprised the researchers.

"We did not expect to observe many organic vapors in the cold and bare Arctic environment as they have been mainly seen in areas covered by forests. We are planning to continue the studies in Svalbard to figure out what these organic compounds are and where they are coming from", Beck says.

The particle concentrations in Svalbard were clearly higher than the ones measured in Northern-Greenland.

"Currently, the Arctic sea ice is melting fast. As a result, we can assume that the processes observed in Svalbard will be more common in the Arctic areas that will be liberated from sea ice", Beck says.