Newswise — A recent study by WCS (Wildlife Conservation Society), the University of Miami, and Universidad de Puerto Rico has detected a decrease in the average size of adult queen conch (Lobatus gigas) in the waters of Belize, possibly the result of fishers using shell length rather than thickness as a reliable indicator of age.

The study represents the first research to measure a reduction in adult body size for queen conch, a phenomenon previously studied in fish species subjected to overfishing. Scientists in the study suspect that current methods used to regulate the harvest of these marine snails are allowing too many juvenile animals to be taken.

The study examined 15 years of data on queen conch collected within the Glover’s Reef Marine Reserve, Belize, which includes a principle fishing ground for the species in Belize. Found across the Caribbean, the queen conch is the focus of an economically important dive fishery that provides both food security and livelihoods for local populations.  In Glover’s Reef, it is estimated that approximately 340,000 conch are removed from the wild every year, a number that represents about 10 percent of Belize’s total annual catch.

The researchers secured a permit from the Belize Fisheries Department to collect live queen conchs from fishers in order to accurately gauge the relationship between shell measurements, harvested meat mass and the relative age and maturity of individual animals. What the team found was that many individual animals attain the national minimum shell length (7 inches or 178 millimeters) while still juveniles, a dynamic that unintentionally results in fishers harvesting juveniles and mature conchs alike and may be contributing to the decline of the species.

The authors also believe that the detected decline in the average shell length of adult queen conchs limits adult reproductive output; the findings indicate that the current shell length regulation is likely ineffective at protecting the queen conch from overharvesting over the long-term.

“The current regulations do not factor in crucial aspects of the conch’s life history, specifically the two-phase growth pattern of the animal’s shell,” said Dr. Alexander Tewfik, Senior Conservation Scientist for WCS’s Belize Country Program and the lead author of the study. “Refinement of the regulations based on size—with an emphasis on shell lip thickness of more than 10 millimeters—will likely result in local recovery of this economically important invertebrate in local waters.”

Queen conchs are sought after for their meat and their distinctive spiral-shaped shells, which are popular as decorations. They are slow-growing animals that can live to 40 years in age in unfished areas, and are highly susceptible to overfishing, due in part to the ease of exploitation by swimmers and divers. The species is also one of the most heavily exploited in Caribbean waters and, in spite of regulations and an Appendix II listing on CITES (Convention on the International Trade in Endangered Species), the queen conch is in decline.

WCS authors say that managing access to queen conch by means of well patrolled existing and new replenishment zones (i.e. no-take) shallower than 30 meters for this species can help the fishery be more sustainable. Efforts to protect the species would also benefit from the pending passage of a long-awaited modern fisheries resources bill that makes provision for the development of species-specific management plans.

WCS’s work was generously supported by the Oak Foundation, The Summit Foundation, the UK Government's Darwin Initiative, and the United States Agency for International Development. 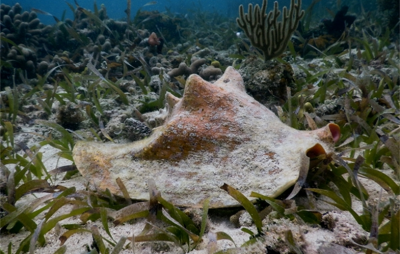 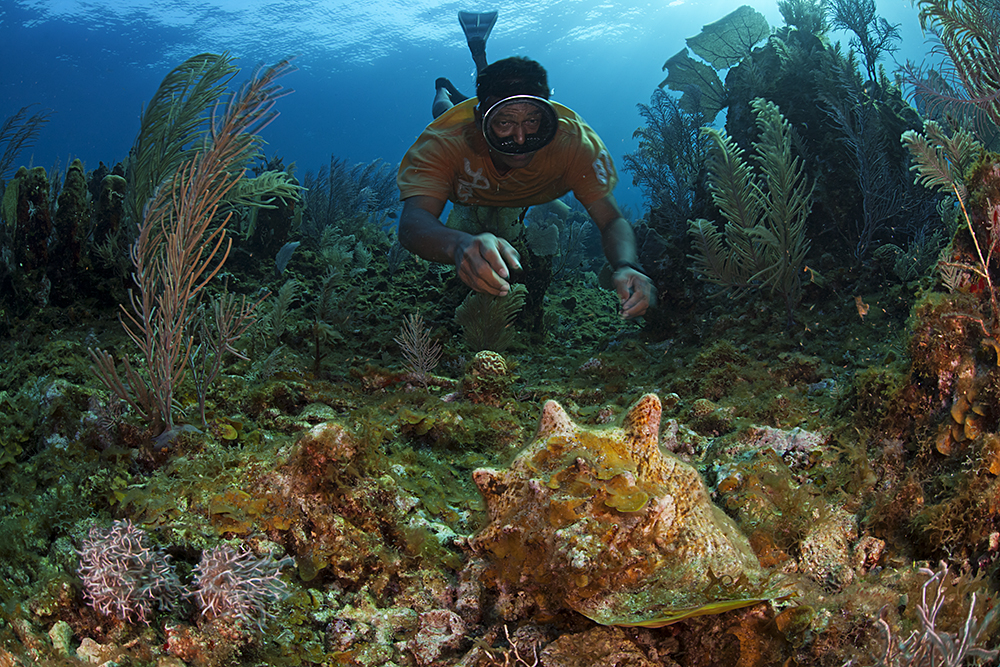 Caption: A diver harvesting queen conch in waters of Belize.