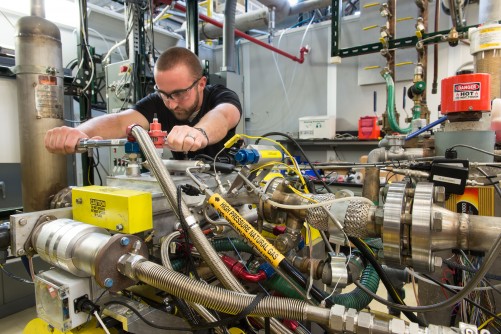 Argonne researcher Jim Sevik tightens the fuel rail on a natural gas direct-injection system at the lab. The engine is an automotive size single-cylinder research engine that operates with gasoline as well as natural gas. 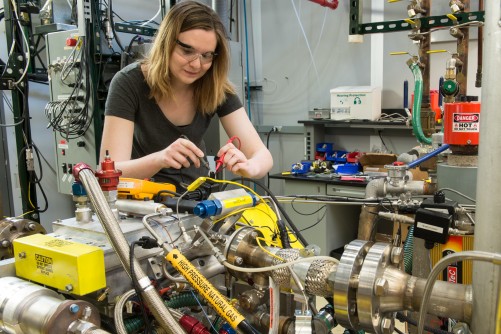 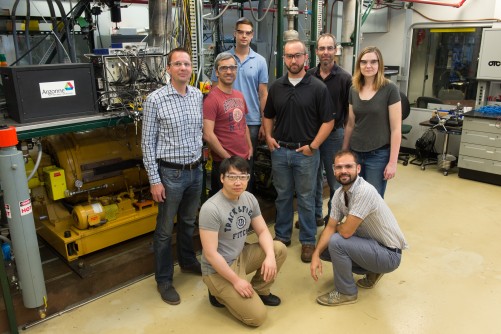 Newswise — It’s not as challenging as mixing oil and water, but scientists at the U.S. Department of Energy’s (DOE) Argonne National Laboratory are partnering with industry to study a tricky fuel mixing problem that could lead to more efficient engines.

The pre-competitive research is focused on exploring technical concepts and development of engine technology that simultaneously uses natural gas and traditional gasoline to maximize the best characteristics of both fuels, while reducing oil consumption and making the most of the recent boom in natural gas supplies in the United States. The project partners Argonne with Ford Motor Company and FCA US LLC, under a cooperative research and development agreement (CRADA).

“The fact that two major players in the auto industry are partnering with Argonne on this project really shows the promise of this approach,” said project director Thomas Wallner. “The assumption here is that if you blend the fuels properly, you can make substantial gains in efficiency.”

Wallner said vehicles that use both gasoline and natural gas have been around for some time, but what most people think of as a dual-fuel vehicle is actually more of a bi-fuel vehicle. Bi-fuel vehicles have compressed natural gas and gasoline on board, but typically use only one fuel at a time. A bi-fuel vehicle may use all its natural gas, then switch over to gasoline. The research concept being studied under the project will use both fuels at the same time, which will maximize the efficiency of an engine that uses this approach.

Natural gas has much higher resistance to knocking, which is caused when the fuel/air mixture in an engine’s cylinder auto-ignites. Mixing natural gas with gasoline would allow the engine to run without fuel enrichment and with optimal spark timing, thereby enabling higher engine efficiency and minimizing conditions that might otherwise cause knocking and potential engine damage. The team plans to explore technical opportunities to adjust ratios of the two fuels on the fly based on the load of the engine. For example, the engine under heavy load could run more efficiently with more natural gas, whereas under lower load it could use a blend heavier in gasoline. Additional factors that might influence the mixing ratio include the amount of each fuel available on-board as well as the engine's thermal state.

The project's objective is to understand potential benefits and demonstrate targeted blending of gasoline and natural gas in an engine that uses half as much gasoline and shows a 10 percent increase in overall efficiency and a 10 percent improvement in power density.

“FCA is committed to the exploration and development of promising engine technologies that will help improve efficiency, reduce emissions and benefit society,” said Chris Cowland, FCA US Director-Advance and SRT Powertrain Engineering.

The project is funded by DOE’s Office of Vehicle Technologies within the Office of Energy Efficiency & Renewable Energy. It will take advantage of many of Argonne’s recognized core and enabling capabilities, including modeling of combustion processes, engine optimization, vehicle modeling and X-ray diagnostics at Argonne’s Advanced Photon Source, a DOE Office of Science User Facility.

Argonne National Laboratory seeks solutions to pressing national problems in science and technology. The nation's first national laboratory, Argonne conducts leading-edge basic and applied scientific research in virtually every scientific discipline. Argonne researchers work closely with researchers from hundreds of companies, universities, and federal, state and municipal agencies to help them solve their specific problems, advance America's scientific leadership and prepare the nation for a better future. With employees from more than 60 nations. Argonne is supported by the Office of Science of the U.S. Department of Energy.

The Office of Science is the single largest supporter of basic research in the physical sciences in the United States, and is working to address some of the most pressing challenges of our time. For more information, please visit science.energy.gov.

Ford Motor Company, a global automotive industry leader based in Dearborn, Michigan, manufactures or distributes automobiles across six continents. With about 194,000 employees and 66 plants worldwide, the company’s automotive brands include Ford and Lincoln. The company provides financial services through Ford Motor Credit Company. For more information regarding Ford and its products worldwide, please visit www.corporate.ford.com.

About FCA US LLC

FCA US LLC is a North American automaker with a new name and a long history. Headquartered in Auburn Hills, Michigan, FCA US is a member of the Fiat Chrysler Automobiles N.V. (FCA) family of companies. FCA US designs, engineers, manufactures and sells vehicles under the Chrysler, Jeep, Dodge, Ram and FIAT brands as well as the SRT performance vehicle designation. The company also distributes the Alfa Romeo 4C model and Mopar products. FCA US is building upon the historic foundations of Chrysler, the innovative American automaker first established by Walter P. Chrysler in 1925; and Fiat, founded in Italy in 1899 by pioneering entrepreneurs, including Giovanni Agnelli. 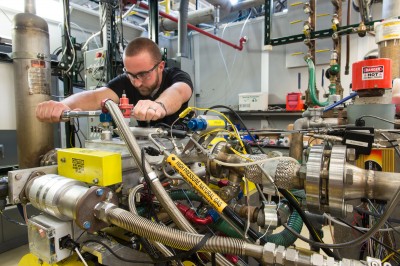 Caption: Argonne researcher Jim Sevik tightens the fuel rail on a natural gas direct-injection system at the lab. The engine is an automotive size single-cylinder research engine that operates with gasoline as well as natural gas. 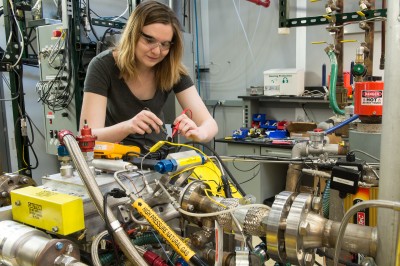 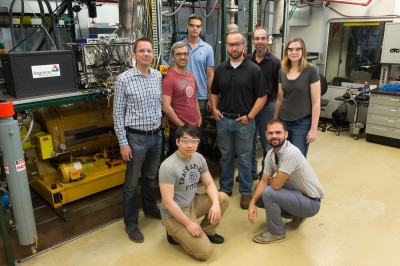