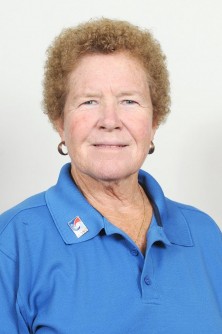 Newswise — Arizona's official climatologist is a big believer in global warming, but she thinks the recent trio of hurricanes Harvey, Irma and Jose are simply a terrible and unfortunate coincidence.

Nancy Selover, a professor in Arizona State University's School of Geographical Sciences and Urban Planning, focuses on extreme weather in her research. Selover educates groups around Arizona on climate topics, including urban heat islands, monsoons, drought, climate change and Arizona's climate more generally. She recently spoke to ASU Now about one of the most devastating hurricane seasons in decades.

Question: Are these three hurricanes occurring so close to each other a rare coincidence or a harbinger of things to come?

Answer: I think it’s a rare coincidence. We typically see hurricanes follow each other moving into the Caribbean, particularly at the peak of the season (which is now). One of these formed in the Gulf and the other formed in the Caribbean, and both benefitted from extremely warm water, which is required to get to Category 5, among other factors.

Q: So is this not a result of global warming?

A: I don’t think this is a result of global warming as we have had many storms more powerful than these prior to 1960, including many Category 5 and 4 storms. We tend to focus on the most recent storms as being worse than historical storms because we have so much coverage of them and a larger population that puts itself in the path of the storms. The probability of a major hurricane making landfall anywhere on the Gulf or Atlantic coast is exactly the same as it was 100 years ago. What is not the same is that 100 years ago the number of people at risk by being in the path was at least one order of magnitude smaller.

Q: Do you predict hurricanes will become stronger and more powerful in the future?

A: It’s been more than a decade since Katrina and Rita, and it has been relatively quiet since then, other than Sandy, which was very different in its path and timing and was at the end of the season. Sandy was not even a hurricane when it came ashore, so I think it’s important to remember that any tropical storm has the capacity to devastate a coastal community. If the ocean waters become warmer, the available energy for major hurricanes increases, but warm water is not the only condition necessary for forming, strengthening or sustaining a hurricane. If it were, then Jose would have followed Irma as a Category 4 or 5.

Q: Any other types of weather-related disasters you think might be coming our way?

A: If the warmer waters of the eastern Pacific, western Atlantic and Gulf of Mexico are sustained, more evaporation will occur and we will have the potential for heavier rain (or snow) events due to the increased moisture. It would be nice if it came in the winter as snow. But for the past few years, it has been adding to the monsoon moisture resulting in some heavier rain events, which lead to local flash flooding.

Q: What are preventive measures that we as a society can do to ensure the longevity of our planet?

A: That’s an impossible question to answer as the planet will be fine regardless of what we do. I think the longevity of ourselves and the ecosystems are of more concern. The Earth has changed drastically over hundreds of millions of years and will continue to do so, with or without us.

Q: What type of natural disasters might Arizona be facing one day?

A: We have earthquakes, though small, and our volcanic activity is probably behind us. Our weather-related disasters will continue to be the same ones we currently have: winter storms, heavy rain or rain-on-snow leading to flooding, drought and wildfires. We aren’t likely to have hurricanes, though we do get the remnants of tropical storms mixed into the monsoon. We do have tornadoes, but typically only EF3 or smaller, and even the very small ones are rare. I don’t expect that will change. Because we are an arid state, we have so much variability already in our weather that we do a much better job than most places in handling that variability.