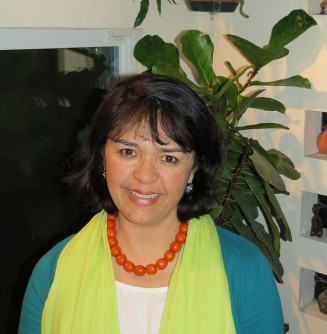 Arizona State University Professor Cecilia Menjívar has been named a 2014 Guggenheim Fellow, one of a group of 178 diverse scholars, artists and scientists. She will write the book "Living with the Law" about the Latino immigrant experience.

Newswise — Arizona State University Professor Cecilia Menjívar has been named a 2014 Guggenheim Fellow, one of a group of 178 diverse scholars, artists and scientists from the United States and Canada who were chosen from almost 3,000 applicants.

“This is truly a great honor and I will do my best to live up to the expectations of this fellowship,” said Menjívar, Cowden Distinguished Professor and Associate Director, T. Denny Sanford School of Social and Family Dynamics at Arizona State University, and prominent immigration scholar.

Menjívar was appointed by the John Simon Guggenheim Memorial Foundation and plans to use the fellowship to write the book, “Living with the Law,” that will examine how Latino immigrants in Arizona live within the confines of immigration law in everyday experiences when they are waiting for decisions regarding their legal status in the country.

“The book will shed light on strategies immigrants adopt to deal with the fear and risk of deportation and how their tenuous legal status experiences have transformative effects in their lives and in how they view the law more generally,” Menjivar said.

The book will also have policy relevance in this era when immigration reform is being discussed. “Living with the Law” will analyze immigrants’ everyday experiences of the law, and will focus on the various statuses into which immigrants are categorized such as waiting for a “green card” and renewing temporary statuses and work permits.

“Given how much of immigrants’ lives are shaped by their legality, they often look to the law to make small and big decisions, to make sense of their place in society and to gain an understanding of their rights and limitations,” she said.

A primary research interest for Menjívar is the effects of immigrants’ legal status on different spheres of their lives, such as social networks, family, gender relations, religious participation and transnational ties, mostly among Central American immigrants in the United States.

Guggenheim Fellowship candidates are chosen on the basis of prior achievement and exceptional promise. Representatives from this year’s Fellows are from 56 disciplines, 83 different academic institutions, 29 states and two Canadian provinces.

Since its establishment in 1925, the John Simon Guggenheim Memorial Foundation has granted over $315 million in Fellowships to almost 17,700 individuals, among whom are scores of Nobel laureates and poets laureate, as well as winners of Pulitzer Prizes, Fields Medals, and other important, internationally recognized honors.

The T. Denny Sanford School of Social and Family Dynamics is an academic unit in ASU's College of Liberal Arts and Sciences.