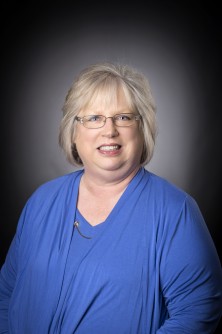 Newswise — A University of Arkansas at Little Rock professor traveled to China this summer on a once-in-a-lifetime trip to advise a group of hearing impaired Chinese professors who are working to standardize Chinese Sign Language and start interpreter education programs in Chinese universities.

“In China, the country is so vast that the dialects of sign language vary drastically,” Stauffer said. “Deaf people from the North and the South cannot communicate easily.”

The group of Chinese professors, led by Dr. Zheng Huan of Chongquing Normal University, spent the past seven years creating a standardized version of Chinese Sign Language that they hope will eventually be taught to hearing impaired students in all of China. The group also plans to create an interpreter education program at the university level.

“Right now, there are no interpreter education programs in Chinese colleges,” Stauffer said. “Interpreters are grown out of the community, but there is no standard education or testing.”

Stauffer spoke to the group about the history of sign language in the U.S., about bachelor degree programs in interpreter education, and about national certification standards for interpreters.

“I think they were very fascinated by my talk,” Stauffer said. “They see they have a long way to go, but they are very excited for the future,” Stauffer said. “My goal is to become a resource for the group as they may need me in the years ahead.”

Dr. Amy Knopf, a UA Little Rock alumnus who is now the chair of the St. Cloud State University Department of Community Psychology, Counseling and Family Therapy, asked Stauffer to go to China as an interpreter. The group met with the Confucius Institute to discuss opportunities for education exchanges and cultural immersion between the university and the institute.

Interpreting during the trip was an interesting experience for Stauffer as it included four languages. Speeches were often interpreted from Chinese to Chinese Sign Language to English to American Sign Language and vice versa.

“Even though we didn’t speak each other’s language, we could share some deaf culture stories in a way that transcended language,” Stauffer said. “Sometimes, shared experiences trump languages.”